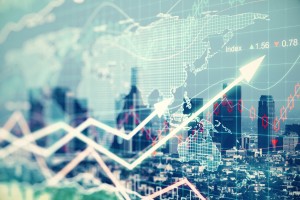 Viva Entertainment Group Inc (OTCMKTS:OTTV) is a penny play that has firmly captured the attention of OTC traders far and wide during the stock’s recent rampage on the upside. The stock launched as much as 2,125% in just over two weeks before finally taking a break following the market holiday this week. The principal driver for the move has been the company’s launch of its OTT TV app, VIVAlive, on Android’s Google Play and its own TV Portal.

Overall, we’ve witnessed a bit more than 570% piled on for shareholders of the company during the trailing month, but that move comes in the context of a larger bearish trend. That said, OTTV is a stock who’s past is littered with sudden rips. What’s more, the name has seen an influx in interest of late, with the stock’s recent average trading volume running topping 410% beyond its prior sustained average level

Viva Entertainment Group Inc (OTCMKTS:OTTV) trumpets itself as a global entertainment and technology company connecting content owners and video distributors to deliver premium content on any smart device with a screen.

Viva has developed an OTT system through which television services are delivered using the Internet protocol suite over a network such as the Internet, instead of being delivered through traditional terrestrial, satellite signal and cable television formats.

According to company materials, “VIVA Entertainment Group, Inc. is a global entertainment and technology company connecting content owners and video distributors to deliver premium content on any smart device with a screen. VIVA has developed an OTT system through which television services are delivered using the Internet protocol suite over a network such as the Internet, instead of being delivered through traditional terrestrial, satellite signal and cable television formats. VIVA, your entertainment partner, provides subscribers access to the content they want anywhere, anytime. With a WiFi connection our customers can watch Live TV from around the world, TV shows, as well as movies on demand, Tele-video conference and many other interactive features. Independent and major film studios, television networks, Telecoms, Cable Companies, and emerging ISPS partner with VIVA for enhanced capabilities in multi-platform video distribution. The only true end-to-end provider of premium content technology services, VIVA looks to license and deliver to traditional and OTT video distributors across the world.”

Find out when $OTTV reaches critical levels. Subscribe to OracleDispatch.com Right Now by entering your Email in the box below.

As noted above, the stock has been on a rampage of late, driven higher by the company’s release of its primary app offering.

“I am extremely pleased and proud to make this announcement. Today is a very proud moment and milestone for our company. Due to the unparalleled dedication by our team members, my vision is finally coming to reality. VIVA is focused to empower cable companies and telecoms globally with our cost-effective, content rich and technologically superior services, and to deliver a global subscriber base the ultimate entertainment experience while cutting the cord. To commence our launch, we have decided to offer all clients and shareholders a 30-day free trial. This promotion is designed to test the system and to allow VIVA users to provide feedback on the platform’s design, transmission quality and overall experience. VIVA will forever work hard to maintain our quality and a standard of excellence,” said Johnny Falcones, VIVA’s Chairman and Chief Executive Officer.

That puts this company in direct competition with the likes of Hulu, Netflix, CBS, Dish Network, and some others.

Currently trading at a market capitalization of $2.9M, OTTV has virtually no reported cash on the books, which stands against about $615K in total current liabilities. One should also note that debt has been growing over recent quarters. The company is pre-revenue at this point. We will update the story again soon as developments transpire. For continuing coverage on shares of $OTTV stock, as well as our other hot stock picks, sign up for our free newsletter today and get our next hot stock pick!