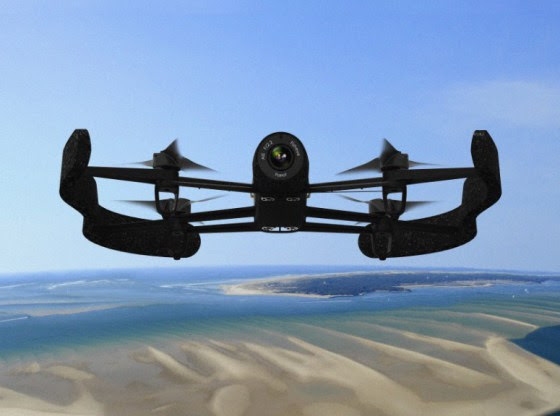 Valmie Resources Inc (OTCMKTS:VMRI) is a roller coaster ride on the OTC that has really started to garner attention among traders as the stock bounces around the $1/share level following a huge ytd advance and a sizeable pullback.

Market participants may want to pay attention to this stock. VMRI has a track record that includes a number of dramatic rips and some clear promotional activity that has been deftly paired with exciting press releases. However, despite this action and development, the company has produced no revenues to date, and most of its prior success in equity pricing terms has been a product of paid promotional attention paired with its promising link to one of the most inherently exciting industries in play right now.

The reason the story has worked well in promotional dealings is because it’s easy to get people excited about drones.

According to several industry analysis sources, the drone market is expected to surpass the $100 Bln mark in the years to come as unmanned aerial functionality goes from pure military application to commercial and mainstream application.

Attaching a company to this narrative is to tie it to a narrative rocket ship.

“The massive impact of drone technology is being felt across the globe as unmanned vehicles become robust tools for data gathering and analysis, enabling mapping, surveying, 3D modeling and more. We couldn’t be happier about continuing our collaborative efforts with an enterprise of Valmie’s caliber and forming a ‘dream team’ that will propel both companies to reach full potential in this dynamic market,” said Sean Foster, founder of Vertitek, a VMRI subsidiary.

In terms of recent catalysts and action, VMRI just announced a Vertitek expansion to the Company’s drone racing team in order to compete on a broader scale. The team has added a third racing pilot and established an FPV two-member freestyle crew.

Beyond that, the story for any drone play will be mostly wrapped up in the evolution of the FAA rulemaking process.

At the close of August, the Federal Aviation Administration’s new comprehensive regulations went into effect for the routine commercial use of small unmanned aircraft systems. The provisions of the new rule — formally known as Part 107 — are designed for commercial aircraft weighing less than 55 pounds to minimize risks to people and property on the ground, and to other aircraft.

“During the past four years, the FAA has obligated commercial unmanned aircraft operators in the U.S. to have a 333 Exemption in order to fly legally. This was a time consuming regulatory obstacle but necessary for businesses that were committed to operating professionally,” said Gerald B. Hammack, President and CEO of Valmie Resources. “We are pleased that we did not wait for the Part 107 rules to take effect, and as an early adopter, Valmie was interested in operating as an FAA authorized professional company as quickly as possible. To this end, we sought our 333 Exemption to fly commercially, and received it in February.”

Currently trading at a market capitalization of $69.1M, VMRI has almost no cash on the books, no revenues, and total assets logged as a bit over $100K, which is balanced by under $50k in total accumulated debt as of last reporting. In other words, there is almost nothing to wrap your arms around on the balance sheet except what you might venture to guess about a goose-egg in sales for a 5-yr old company with negative levered free cash flow and a major self-pay promotion in its history. But this is a potentially very exciting story just in its ties to one of the most interesting and “growthy” frontier markets in the game today. If the FAA continues to gradually dereg the drone space, you can probably expect more pain for shorts in VMRI. To get the full story on VMRI subscribe below to oracledispatch right now.