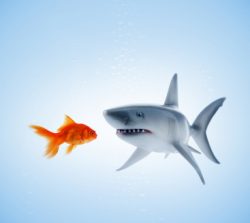 Pharmacyte Biotech Inc (OTCMKTS:PMCB) is a micro-cap biotech play that has continued to hold the enthusiasm of OTC market participants since the stock’s powerful emergence in November, when it found some top-level engagement for its first major drug trial and started to get a conversation going with the FDA. Since then, we have seen enormous upside. Playing more of that tune, the company just announced that it will be meeting with the Center for Biologics Evaluation and Research (CBER) of the U.S. Food and Drug Administration (FDA) on Tuesday, January 17, 2017. According to the release, the meeting is to discuss numerous aspects of PharmaCyte’s planned clinical trial in locally advanced, inoperable pancreatic cancer (LAPC).

PharmaCyte’s Chief Executive Officer, Kenneth L. Waggoner, commenting on the meeting said, “We are pleased that PharmaCyte will be starting out the New Year with a meeting with CBER. PharmaCyte has submitted a list of important questions to the FDA that will be essential to the design of our trial and how it is to be conducted. The questions also touch on the need for any additional information to be developed or submitted to the FDA before PharmaCyte files its Investigational New Drug application (IND). We are looking forward to CBER’s responses so that we can continue with our product development of an effective and safe therapy for LAPC.”

Pharmacyte Biotech Inc (OTCMKTS:PMCB) frames itself as a clinical stage biotechnology company that focuses on developing and commercializing treatments for cancer and diabetes based upon a proprietary cellulose-based live cell encapsulation technology, known as Cell-in-a-Box. Its Cell-in-a-Box technology would be used as a platform to treat various types of cancer, including advanced and inoperable pancreatic cancer, and diabetes.

The company is developing therapies for pancreatic and other solid cancerous tumors involving the encapsulation of live cells placed in the body to enable the delivery of cancer-killing drugs at the source of the cancer.

It is also developing a therapy for Type 1 diabetes and insulin-dependent Type 2 diabetes; and examining the benefits of the Cell-in-a-Box technology to develop therapies for cancer-based upon the constituents of the Cannabis plant.

According to company materials, “PharmaCyte Biotech is a clinical stage biotechnology company developing therapies for cancer and diabetes based upon a proprietary cellulose-based live cell encapsulation technology known as “Cell-in-a-Box®.” This technology will be used as a platform upon which therapies for several types of cancer and diabetes are being developed. PharmaCyte’s therapy for cancer involves encapsulating genetically engineered human cells that convert an inactive chemotherapy drug into its active or “cancer-killing” form. These encapsulated cells are implanted as close to the patient’s cancerous tumor as possible. Once implanted, a chemotherapy drug that is normally activated in the liver (ifosfamide) is given intravenously at one-third the normal dose. The ifosfamide is carried by the circulatory system to where the encapsulated cells have been implanted.  When the ifosfamide comes in contact with the encapsulated cells they act as an artificial liver and activate the chemotherapy drug at the source of the cancer. This “targeted chemotherapy” has proven effective and safe to use in past clinical trials and results in no side effects.”

Find out when $PMCB stock reaches critical levels. Subscribe to OracleDispatch.com Right Now by entering your Email in the box below.

In addition to the company’s FDA meeting, management also recently revealed that recent research performed at the Ann and Robert H. Lurie Children’s Hospital of Chicago and Northwestern University’s Feinberg School of Medicine (and published in the journal Child’s Nervous System) provides further support for PharmaCyte’s efforts to develop a targeted cannabinoid-based chemotherapy for brain cancer utilizing its technology.

The article, titled “Spontaneous involution of pediatric low-grade gliomas: high expression of cannabinoid receptor 1 (CNR1) at the time of diagnosis may indicate involvement of the endocannabinoid system,” showed that activators of the endocannabinoid system offer potential therapeutic opportunities for children with pediatric low-grade gliomas (P-LGG). P-LGGs consist of a mixed group of brain tumors that represent the majority of central nervous system tumors in children. Some P-LGGs exhibit spontaneous shrinking after less than total surgical removal. For the first time, spontaneous shrinking of P-LGG has been suggested to be induced by endocannabinoids.

Traders will note 62% piled on for shareholders of the name during the trailing month. The situation may be worth watching. PMCB has a track record that includes a number of dramatic bounces. In addition, the listing has benefitted from a jump in recent trading volume to the tune of topping 160% beyond its prior sustained average level.

Now commanding a market cap of $115.4M, PMCB has a reserve ($1.6M) of cash on the books, which must be weighed relative to virtually no total current liabilities. The company is pre-revenue at this point. You can bet we will update this exciting micro-cap again as new information comes into view. For continuing coverage on shares of $PMCB stock, as well as our other hot stock picks, sign up for our free newsletter today and get our next hot stock pick!