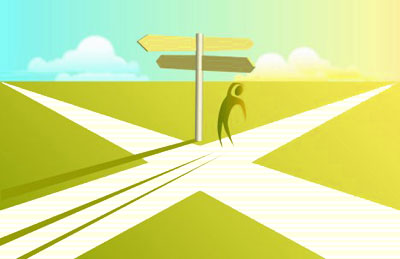 Vitality Biopharma Inc (OTCMKTS:VBIO) has been under heavy distribution basically since it started trading in 2012 under a different ticker. Despite being ostensibly in the cannabis patch, the stock was unable to mount much upside during the 2016 Green Rush. However, perhaps even worse, we have seen a massive rise in volume without much in the way of net share appreciation since September. We have also seen at least two investor awareness campaigns undertaken on shares of VBIO in the past month alone.

None of those facts necessarily means this stock won’t perform going forward. But it isn’t exactly what you want to be seeing if you own shares. That said, VBIO has evidenced sudden upward volatility on many prior occasions and may be gearing up for another such move. Furthermore, the name has witnessed a pop in interest, as transaction volume levels have recently pushed 160% above the average volume levels in play in this stock over the longer term. Traders should note this as important with the stock trading on a float that is extremely small at just 7M shares. One is wise to respect the dynamic this may create — a restricted trading float and a jump in trading volume can crimp supply and push share prices higher.

Find out when $VBIO reaches critical levels. Subscribe to OracleDispatch.com Right Now by entering your Email in the box below.

The company recently announced that it is advancing its cannabosides pharmaceuticals for treatment of narcotic bowel syndrome, a severe form of opiate-induced abdominal pain.

According to the company’s recent release, the clinical use of cannabinoids for resolving pain and inflammation is well established, including in large (n=313) independently conducted clinical studies of inflammatory bowel disease, where 84% of patients reported an improvement in abdominal pain. Vitality’s proprietary cannabosides enable the selective delivery of cannabinoids to the intestinal tract, enabling large concentrations of THC and CBD (delta9-tetrahydrocannabinol and cannabidiol, respectively) to be delivered without any resulting psychoactivity.

“In the midst of an opiate epidemic, with no simple solution in sight, we’re developing a truly differentiated cannabinoid pharmaceutical product,” said Robert Brooke, Chief Executive Officer of Vitality Biopharma. “We are working with regulators and with collaborating physicians in order to expedite the availability of these products, and to also help raise awareness for opiate users afflicted with this condition.”

Now commanding a market cap of $16.3M, VBIO has very little cash on the books, along with total assets of $71K, which compares with virtually no total accumulated debt. So, there is very little to this company in terms of balance sheet breadth or depth.

Vitality Biopharma Inc is making real money, with trailing 12-month revenues coming in at $227.00k. However, the company is seeing declining top line performance at present, with y/y quarterly revenues changing at -11.2%. That said, it is possible that the recent underperformance on the chart is a temporary phenomenon fueled by some insider monetization that does not reflect insight into future performance. If so, this will likely start to look like a stock with a lot of catching up to do on the upside. And with a float of just 7 million shares, that could be an explosive dynamic. Time will tell. We will update this one again as new information comes into view. For continuing coverage on shares of $VBIO stock, as well as our other hot stock picks, sign up for our free newsletter today and get our next hot stock pick!