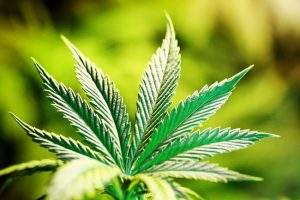 Vitality Biopharma Inc (OTCMKTS:VBIO) is a micro-cap stock that’s clearly begun to spur some interest among players in the marketplace as shares bounce up off recent lows. The stock has been fighting in fine fashion after holding key support in $1.50 area in late March. Now we are seeing the company get active again on the press release front. Vitality’s latest release is on of the first clinical reports detailing the ability of cannabinoid therapy to induce remission in a pediatric inflammatory bowel disease patient.

According to the recent communication, the report is a case study titled, “Induction of Remission in Drug-Resistant Pediatric Inflammatory Bowel Disease with Cannabinoid Therapy,” and describes a 13-year-old boy with drug-resistant Crohn’s disease and colitis who achieved clinical remission after oral administration of cannabinoids. “Independently from the Company, the patient received treatment with medical cannabis pursuant to the State of California’s Compassionate Use Act. The case study describes how the patient’s disease could not be controlled by currently-approved pharmaceuticals, and how cannabinoid treatment led to near-immediate clinical improvement that was indicative of disease remission.”

According to company press materials, “Vitality Biopharma is dedicated to unlocking the power of cannabinoids for the treatment of serious neurological and inflammatory disorders.”

Subscribe below and we’ll keep you on top of what’s happening before Vitality Biopharma Inc stock makes its next move.

As detailed in the release, “Clinical trials in IBD patients have previously shown that use of cannabis is associated with substantial symptomatic relief, and placebo-controlled trials have confirmed significant declines in disease activity score after treatment. However, these trials largely relied on subjective outcome measures. The case study detailed by Vitality Biopharma and its collaborators is one of the first where multiple objective measures of disease outcome were reported. This included analysis of fecal calprotectin levels, which increase when lesions or tears in the intestinal tract are present, and decrease when healing of the gut mucosal lining occurs. The case study results provide objective evidence that cannabinoids may not only resolve symptoms of IBD, but also modify disease through reduction of gut inflammation.”

We’ve witnessed 21% piled on for shareholders of the name during the trailing month. Market participants may want to pay attention to this stock. VBIO has a history of dramatic rallies. Moreover, the stock has witnessed a pop in interest, as transaction volume levels have recently pushed 0% above its longer-run average levels.

This is particularly important with the stock trading on a float that is very limited at just 18.5M shares. Traders should not overlook this combination, as a restricted trading float and a jump in trading volume can crimp supply and push share prices higher. In fact, we saw this impact clearly in the action this stock saw in the closing weeks of last year, when shorts got stampeded for well over 300% in a short stretch.

Currently trading at a market capitalization of $43.3M, Vitality Biopharma Inc has a reported stash ($154K) of cash on the books, which stands against virtually no total current liabilities. VBIO is pulling in trailing 12-month revenues of $186K. However, the company is seeing declines on the top line on a quarterly y/y basis, with revenues falling at -50.9%. We will update the story again soon as further details emerge. For continuing coverage on shares of $VBIO stock, as well as our other hot stock picks, sign up for our free newsletter today and get our next hot stock pick!