Vitality Biopharma Inc (OTCMKTS:VBIO) Gets the Nod to Scale Up 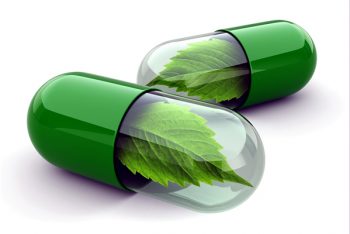 Vitality Biopharma Inc (OTCMKTS:VBIO) is a micro-cap stock that has started to engage huge focus among OTC traders and investors as prices wildly oscillate in recent days. The key catalyst driving the action is the company’s announcement that it has received approval from both the U.S. Drug Enforcement Agency (DEA) and the State of California Research Advisory Panel to scale up activities at its facilities used for the development of novel cannabinoid pharmaceutical prodrugs.

We have recently been harping on the importance of ROI in defining stock outcomes in the cannabis-related space. This stock’s recent rip is another good example. The market is squeezing the gonzo out of anything out there that is at least nominally in the marijuana market and can put out a presser in some way related to scaling up.

Vitality Biopharma Inc (OTCMKTS:VBIO) shows nearly 140% during the past month in terms of shareholder gains in the company. The stock has benefitted from a massive jump in recent trading volume to the tune of nearly 560% above the average volume levels in play in this stock over the longer term. It pays to take note of this fact with the stock trading on a float that is tight at just 10.21M shares. As we generally like to point out in these cases, a lot of the action here likely hinges on this type of surge in attention in a stock with such a tight float

According to company press materials, “Vitality Biopharma is dedicated to unlocking the power of cannabinoids for the treatment of serious neurological and inflammatory disorders.”

Find out when $VBIO stock reaches critical levels. Subscribe to OracleDispatch.com Right Now by entering your Email in the box below.

According to the company’s latest press release, “Vitality has been working with the DEA to ensure adequate on-site measures are in place to prevent diversion of Schedule I controlled substances. As a component of this process, Vitality’s preclinical studies for its proprietary prodrugs of CBD and THC were reviewed and approved by the U.S. Food & Drug Administration (FDA). The California Research Advisory Panel, a part of the California Attorney General’s Office, has also granted Vitality a research permit to conduct cannabinoid pharmaceutical development activities that are designed to enable regulatory approval of first-in-man clinical trials.”

Despite cannabis attaining legal status within the State of California and in many other states across the U.S. for medical and recreational purposes, pharmaceutical research and development continues to be closely regulated by the DEA and FDA. The company notes that their work is focused on developing a novel class of THC and CBD prodrugs that reduce or avoid psychoactive side effects through targeted prodrug technology.

“We are excited to scale up our research and to aggressively pursue clinical testing of our compounds, and this approval greenlights that work,” said Dr. Brandon Zipp, Director of R&D, and Scientific Co-founder of Vitality Biopharma. Robert Brooke, the Company’s CEO, further states that, “There are surprisingly few companies in the United States that are properly licensed and developing differentiated cannabinoid pharmaceutical products. We are very proud of our team’s work to enable this milestone, and believe that recent discoveries have provided us with a very unique opportunity.”

Earning a current market cap value of $41M, VBIO has virtually no cash on the books (about $34k total), which stands against nearly $1M in total current liabilities.

VBIO is pulling in trailing 12-month revenues of $227K. However, the company is seeing declines on the top line on a quarterly y/y basis, with revenues falling at -11.2%. This may be a very interesting story and we will look forward to updating it again soon. For continuing coverage on shares of $VBIO stock, as well as our other hot stock picks, sign up for our free newsletter today and get our next hot stock pick!