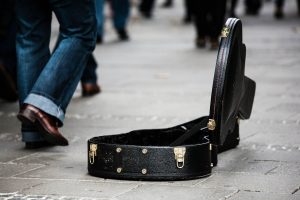 As discussed above, VBIO found some traction this week at key range support with some help from the company’s communications department discussing its recent securing of a cool million in private placement capital.
According to the release, VBIO plans to use the proceeds from this financing for cannabinoid pharmaceutical research and development as well as for general corporate purposes. Company CEO Robert Brooke notes, “We are excited to obtain this additional investment from institutional investors, which is very helpful as we advance our proprietary cannabosides into clinical development.”
It should be noted that this money is through a private placement, which means we aren’t talking about shares or warrants that are registered as securities with the SEC. That should limit the secondary market dilutive consequences, at least over the near term.
Recent action has seen -10% stripped out share values for the company during the trailing week. However, the situation may be worth watching. VBIO has evidenced sudden upward volatility on many prior occasions. What’s more, the listing has registered increased average transaction volume recently, with the past month seeing 87% above its longer run average levels.
This should not be overlooked due to the tight float size in the stock (less than 19M shares). This type of thing is something to watch out for: a mechanically driven price squeeze can result from this type of mix of small float and ramping attention from traders.
Currently trading at a market capitalization of $37.63M, VBIO has a bankroll ($1.2M) of cash on the books, which is balanced by virtually no total current liabilities. VBIO is pulling in trailing 12-month revenues of $163K. However, VBIO is seeing declines on the top line on a quarterly y/y basis, with revenues falling at -41.7%. We will update the story again soon as developments transpire. For continuing coverage on shares of $VBIO stock, as well as our other hot stock picks, sign up for our free newsletter today and get our next breakout pick!
Disclosure: we hold no position in $VBIO, either long or short, and we have not been compensated for this article.