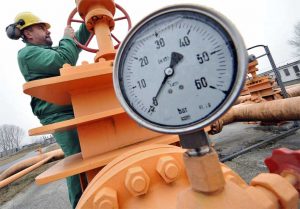 Ultra Petroleum Corp. (OTCMKTS:UPLMQ) is a recovering victim of the oil bear market that’s clearly continued to spur great interest among traders as the stock moves toward an emergence from Chapter 11 protection. UPLMQ stock has been one of the most dramatic outperformers on any exchange since starting to trade with the “Q” last May at just $0.16/share.

The stock’s latest catalyst was the company’s announcement that it has reached an agreement to settle Rockies Express Pipeline LLC’s (“REX”) $303.0 million breach of contract claim. The settlement will be submitted to the U.S. Bankruptcy Court for approval and will be implemented in connection with Ultra’s chapter 11 plan of reorganization.

As noted above, on April 29, 2016, Ultra Petroleum Corp, along with its affiliates, filed a voluntary petition for reorganization under Chapter 11 in the US Bankruptcy Court for the Southern District of Texas.

Find out when UPLMQ stock reaches critical levels. Subscribe to OracleDispatch.com Right Now by entering your Email in the box below.

As noted above, UPLMQ is likely nearing its emergence from Chapter 11 protection. One of the keys to this story is the inclusion of common shareholder interest in the reorganization of the cap table.

The company filed an 8k in late November that contained the golden words: “Each holder of UPL common stock will receive (a) such holder’s pro rata share of 41% of the equity in UPL after the reorganization is consummated and (b) such holder’s pro rata share of rights to participate in the Rights Offering for 5.4% of the equity in UPL, all subject to dilution by the Management Incentive Plan (as defined below).” The stock is up nearly 60% since that announcement.

With regard to the recent settlement, according to the release, it includes a cash payment of $150.0 million to REX six months after Ultra emerges from chapter 11, but no later than October 30, 2017. Additionally, Ultra has agreed to enter into a new seven-year firm transportation agreement with REX commencing December 1, 2019 for service west-to-east of 200,000 dekatherms per day at a rate of approximately $0.37, or approximately $26.8 million annually.

Mr. Michael Watford, Chairman, President and Chief Executive Officer of the Company, said, “Our settlement of REX’s claim is another major achievement in our in-court restructuring.  This settlement removes the uncertainty around this very significant claim and represents a critical step towards the implementation of the plan of reorganization we filed last month. We appreciate the cooperation of REX and are pleased to be working with them again as business partners.”

Recent action has seen 11% piled on for shareholders of the stock during the trailing week. The situation may be worth watching. UPLMQ stock has evidenced sudden upward volatility on many prior occasions. Furthermore, the company has benefitted from a jump in recent trading volume to the tune of 12% above its longer run average levels. Since we last covered the name, the stock has moved -1.8% lower.

Earning a current market cap value of $1227.2M, UPLMQ has a significant war chest ($347M) of cash on the books, which stands against virtually no total current liabilities. UPLMQ is pulling in trailing 12-month revenues of $694.5M. However, the company is seeing declines on the top line on a quarterly y/y basis, with revenues falling at -10.4%. We will update the story again soon as developments transpire. For continuing coverage on shares of UPLMQ stock, as well as our other hot stock picks, sign up for our free newsletter today and get our next hot stock pick!