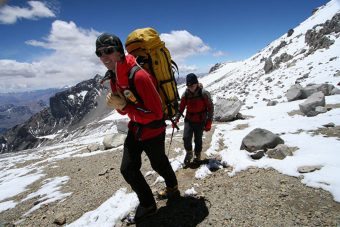 VOIP-PAL Com In/SH (OTCMKTS:VPLM) is a stock we profiled last month, stating that the company looked like a patent troll and that “it would appear as though the company has a foothold on a possible determination that could conceivably work out in its favor in a big way.” Evidence continues to pile up the positives for the name, and traders continue to pile on the momentum. Shares have now soared nearly 2,100% higher since the middle of November.
The story is clearly about patent coverage for both potential litigation and the sale of intellectual property rights. Its latest announcement covers the fact that the company was apparently granted Notice of Allowance (Intention to Grant) of its main parent patent, Routing, Billing & Rating (RBR) patent by the European Patent Office, European Patent Application No. 07816106.4 (2084868). We will discuss this notice further below. But first, for those unfamiliar with the name, let’s take a moment and cover the broad view.
VOIP-PAL Com In/SH (OTCMKTS:VPLM) promulgates itself as a publicly traded corporation (OTCQB:VPLM) incorporated in December of 1997 in the state of Nevada and headquartered in Bellevue, Washington.
Voip-Pal is a technical leader in the broadband Voice-over-Internet Protocol (‘VoIP’) market with the ownership and continuing development of a portfolio of leading edge VoIP patents.
The company owns and develops a portfolio of broadband Voice-over-Internet Protocol (VoIP) services in the United States. The company offers VoIP-related patented technology comprising patents for lawful intercept, routing, billing, rating mobile gateway, advanced interoperability solutions, intercepting voice over IP communications and other data communications, and uninterrupted transmission of Internet protocol transmissions during endpoint changes, as well as enhanced 911, allocating charges for communication services, determining time to permit a communication session to be conducted, and RBR messaging continuation.
Its products are used in various applications by telephony system vendors, network suppliers, and retail and wholesale carriers. The company was formerly known as VOIP MDI.com. and changed its name to Voip-Pal.Com Inc. in September 2006. Voip-Pal.Com Inc. was incorporated in 1997 and is based in Bellevue, Washington.
Find out when $VPLM stock reaches critical levels. Subscribe to OracleDispatch.com Right Now by entering your Email in the box below.

As noted above, the stock has been blazing hot over the past few weeks as good news pours in where its patent portfolio is concerned.
According to the company’s release, it is also announcing “the issuance by the USPTO of two new patents; US Patent No. 9,813,330, issued on November 7, 2017, Producing Routing Messages for Voice Over IP Communications, and US Patent No. 9,826,002, issued on November 21, 2017, Producing Routing Messages for Voice Over IP Communications. Both are continuations to the RBR patent. On December 4, 2017, the Company also received a Notice of Allowance from the USPTO for Patent Application No. 14/325,181, Allocating Charges for Communications Services, also a continuation of the RBR patent.”
Emil Malak, CEO of Voip-Pal, stated, “This is long-awaited news that holds great promise for our Company and our shareholders. European allowance of our main patent, the RBR, will allow us to have representation in all 28 countries in the EU. Expansion into Europe will add significant value to our already valuable US patent portfolio. The team of engineers and I began designing and developing this technology back in 2004. Patience is a virtue.”
Traders will note just shy of 1400% added to share values of the name over the past month of action. The situation may be worth watching. VPLM has evidenced sudden upward volatility on many prior occasions. Moreover, the listing has registered increased average transaction volume recently, with the past month seeing a bit less than 430% beyond its prior sustained average level
Currently trading at a market capitalization of $465.6M, VPLM has virtually no cash on the books, which stands against about $140K in total current liabilities. The company is pre-revenue at this point. This may be a very interesting story and we will look forward to updating it again soon. Sign-up for continuing coverage on shares of $VPLM stock, as well as other hot stock picks, get our free newsletter today and get our next breakout pick!
Disclosure: we hold no position in $VPLM, either long or short, and we have not been compensated for this article.