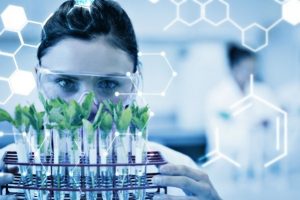 United Cannabis Corp (OTCMKTS:CNAB) is a penny play in the cannabis space that has finally started move higher again. The catalysts driving the move can be attributed to CNAB securing strong capital resources and a series of key partnership arrangements that had us quite bullish on the name to start the year. The most recent catalyst was the company’s announcement that it, along with its Jamaica-based subsidiary, Cannabis Research & Development, has signed a Letter of Intent with the Caribbean Institute of Medical Research to collaborate on advancing clinical research on medical cannabis.

All in all, this is a very interesting play in the cannabis patch. United Cannabis Stock has been a central focus for traders in the space of late for two main reasons: they have access to capital well in excess of current obligations, and the top line is growing fast (y/y quarterly revenues growing at 98.4%). That story is augmented by the company’s recent announcement that Tangiers Global doubled its Fixed Funding Commitment from $5 million to up to $10 million.

United Cannabis Corp (OTCMKTS:CNAB) bills itself as a company that owns intellectual properties related to growth, production, manufacture, marketing, management, utilization, and distribution of medical and recreational marijuana, and marijuana-infused products in the United States.

According to company materials, “The Company’s Prana Bio Medicinal products provide patients a way to mix/match cannabinoids for therapeutic purposes. These products, licensed to regulated marijuana dispensaries, are broken into 5 categories that are available in capsules, sublingual’s, and topical delivery methods. The Company uses a patent-pending infusion process utilizing select fatty acids, lipids, and specific combinations of cannabis-derived terpenes to increase bioavailability.”

Find out when United Cannabis Stock reaches critical levels. Subscribe to OracleDispatch.com Right Now by entering your Email in the box below.

Following the establishment of the letter of intent with the Caribbean Institute of Medical Research to collaborate on advancing clinical research on medical cannabis, Tony Verzura, Chief Technical Officer of United Cannabis, commented on the announcement, “For several years we have been tracking patient outcomes using Prana P1 – P5 products with the help of our A.C.T. Now Program and have collected a wealth of anecdotal evidence supporting the safety and efficacy of our medications. Our collaboration in Jamaica with CARIMER is the first of many steps to formally test and confirm the benefits of the Prana line for a broad range of diseases in preparation for pharmaceutical markets.”

Dr. Lorenzo Gordon, Executive Director of the Caribbean Institute of Medical Research, added, “We have long recognized the medical value of cannabis and United Cannabis’ Prana line is one of the most comprehensive treatment programs available. We look forward to working on this important project with them.”

We’ve witnessed 39% piled on for shareholders of the listing during the trailing week. This is emblematic of the stock. United Cannabis Stock has evidenced sudden upward volatility on many prior occasions. In addition, the company has witnessed a pop in interest, as transaction volume levels have recently pushed nearly 110% beyond its prior sustained average level.

It pays to take note of this fact with a float in play that’s relatively small — roughly 11M shares. This type of thing is something to watch out for: a jump in average daily transaction volume in a stock with a restricted float can unleash fireworks as supply is squeezed. Since we last covered the name, the stock has moved 30.8%.

Earning a current market cap value of $99M, CNAB has virtually no cash on the books, which compares with about $932K in total current liabilities. CNAB is pulling in trailing 12-month revenues of $735K. In addition, the company is seeing major top line growth, with y/y quarterly revenues growing at 98.4%. We will update the story again soon as developments transpire. For continuing coverage on shares of United Cannabis Stock, as well as our other hot stock picks, sign up for our free newsletter today and get our next hot stock pick!