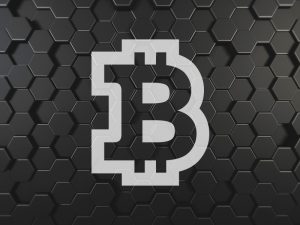 Bitcoin Investment Trust (OTCMKT:GBTC) is perhaps still the best and brightest candidate among the blockchain world for bringing the concept of bitcoin into the mainstream and on the average retail investor’s menu for asset allocation. We have seen an astounding rise in the value of bitcoins so far in 2017, and one must see this as part of an evolutionary process by which we are seeing a larger embracing of the asset class as being accepted into the fold of investor choices.

Our sense is that it was always just a matter of time. But the more interesting question now becomes this: Is bitcoin set up to hinder gold prices? Think of it this way: investors and money managers need something to serve as an inflation hedge – and we are talking about a monetarist’s definition of that concept, in terms of being defined by the supply of money primarily, and only secondarily by the concept of rising consumer prices. A hedge must be used for this, to some extent all of the time, and occasionally to a greater extent. The key for that hedge is about a constrained supply. Bitcoin can serve this purpose every bit as well as gold. So, in essence, the rise of a popular instrument or vehicle with this property may be, in effect, a dilution for those who own gold.

As noted above, one might accept at this point that, not only are we seeing a boost for bitcoin as a simple brand awareness dynamic as the concept really finally hits the mainstream in an applied sense through vehicles like GBTC, but we may also be seeing a transference of money from gold into bitcoin as those allocating x% of funds toward supply-constrained monetary hedges now feel increasingly comfortable diversifying from gold only into a partial allocation to instruments like GBTC or other forms of bitcoin ownership.

The main point is this: we are witnessing a positive feedback loop as awareness of bitcoin-related asset allocation vehicles grows over time. The more popular they become, the more we may see money feel comfortable flowing that direction given that it is an asset that can play a very traditional role in any conceptualization of portfolio theory or construction.

At this point, the GBTC chart is highly suggestive of a symmetrical triangle under construction as a consolidative response to the monster rally seen in April and May. That is often a good sign. In our experience, reversals and tops generally do not start via a triangle consolidation.

However, we would caution along one line here: if it is indeed true that a major source of support money flows for bitcoin vehicles has been a transference from what would otherwise be gold-related flows, then bitcoin could become vulnerable to further talk of policy normalization among global central banks. The US Fed just announced a plan to shrink its balance sheet. The ECB and BoE are widely expected to follow suit before long. That would represent a preemptive move to tighten policy in the absence of any obvious unwanted inflationary pressure. That is the type of context that plays very badly for traditional gold bugs, and might not present much of a tailwind for bitcoin to the extent it is acting as a monetary inflation hedge at present.

We’ve witnessed -5% stripped out of share values of the stock over the past week of action. The situation may be worth watching. GBTC has a history of dramatic rallies. Furthermore, the name has seen an influx in interest of late, with the stock’s recent average trading volume running 36% beyond what we have been seeing over the larger time frame.

This should not be overlooked for GBTC due to the tiny float size in the stock (of 1.2M shares). As savvy traders are well aware, with such a tight trading float, this kind of ramping interest can force a supply-shock squeeze. For continuing coverage on shares of $GBTC stock, as well as our other hot stock picks, sign up for our free newsletter today and get our next hot stock pick!

Disclosure: we hold no position in $GBTC, either long or short, and we have not been compensated for this article.