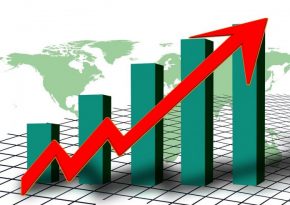 Uni-Pixel Inc (NASDAQ:UNXL) is a small cap in the technology sector that has started to draw increased attention from traders as the stock flashes some extreme volatility over recent days. The key catalyst driving the action was the company’s announcement that it has entered into a Memorandum of Understanding to enter into a strategic partnership with General Interface Solution, Ltd, a Taiwan-based, subsidiary of Foxconn, and a billion-dollar provider of integrated touch display solutions in the mobile phone, Notebook PC, 2-in-1 laptop and tablet markets to global customers including major PC and smart phone brands.

Traders will note 48% added to share values of the stock over the past month of action, but that move comes in the context of a larger bearish trend. That said, UNXL has a track record that includes a number of dramatic bounces. Furthermore, the stock has witnessed a pop in interest, as transaction volume levels have recently pushed nearly 440% over what the stock has registered over the longer term.

Uni-Pixel Inc (NASDAQ:UNXL) promulgates itself as a company that designs, develops, manufactures, and markets micro-structured polymer film materials and related technologies for the display, flexible electronics, and automotive industries in the United States.

The company markets its touch screen films under the brand XTouch, as sub-components of a touch sensor module; and hard coat resin and optical films under the Diamond Guard brand. Uni-Pixel, Inc. is headquartered in Santa Clara, California.

Find out when $UNXL stock reaches critical levels. Subscribe to OracleDispatch.com Right Now by entering your Email in the box below.

As noted above, the company just locked into an MOU with a subsidiary of well-known Apple supplier, Foxconn in China. The deal potentially grants UNXL vastly expanded scope of capacity in terms of production volume, and may indicate something of the company’s expectations where total production is concerned over the next three years.

As noted in the release, under the memorandum the parties will form a strategic manufacturing project that will initially extend over three years and which may be renewed by mutual agreement. A definitive agreement is expected to be executed in the coming weeks. The parties also contemplate entering into a separate development project for foldable/flexible displays.

Jeff Hawthorne, president and chief executive officer of UniPixel, commented, “We are very pleased to enter into this MOU with GIS. They are a highly respected, leading-edge provider of integrated touch display solutions. UniPixel will benefit from the manufacturing expertise and scale of GIS to address the volume production requirements of our multiple design wins. An additional benefit is a potential path to Asia-based manufacturing in parallel with our Colorado Springs production.  Both companies will also explore advanced development opportunities to utilize UniPixel’s unique metal mesh technology to co-develop integrated touch displays for bendable and foldable applications in the coming years.”

That last statement is perhaps the most interesting. GIS has the ability to massively augment UNXL’s volumetric reach. UNXL has the intellectual capital to introduce a new design scheme for flexible screens. The result is a situation that opens up possibilities for other partnerships that only become possible because of economies of scale introduced by this initial relationship. Where is it going?

Only time will tell, but we will be watching this one a bit more closely going forward.

At this time, carrying a capital value in the market of $62.2M, Uni-Pixel has a significant war chest ($6.5M) of cash on the books, which stands against virtually no total current liabilities. UNXL is pulling in trailing 12-month revenues of $3.6M. However, the company is seeing declines on the top line on a quarterly y/y basis, with revenues falling at -39.5%. As more color becomes clear on the name, we will review the situation and update our take. For continuing coverage on shares of $UNXL stock, as well as our other hot stock picks, sign up for our free newsletter today and get our next hot stock pick!