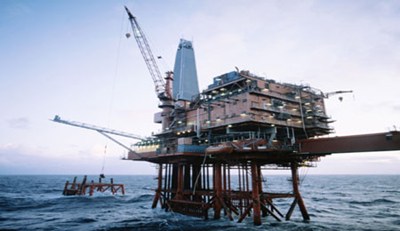 Ultra Petroleum Corp. (OTCMKTS:UPLMQ) is a stock we covered in depth just a couple weeks ago, noting that it looked like “an example of everything that’s right about the process of bankruptcy, reorganization, and restructuring”. With OPEC’s decision on Wednesday to freeze or cut production among member states as an agreement to be borne out in its scheduled November meeting, we thought it was a good time to take another look at this company.

Since our last piece, the stock has powered about 20% higher on strong volume as the world continues to acclimate to the idea that this Chapter 11 play may have a path out of its restructuring that preserves much or all of the value of its current equity. Growth is holding up and may be further boosted by OPEC’s agreement this week, provided details can be worked out by November’s meeting and the Russians agree to participate in the deal. However, we would caution against getting too swept up in assumptions here as future estimates of commodity pricing is an unstable locus of faith. But we’ll get into that in a moment. First, let’s take a closer look at the operational structure of this.

Shares of UPLMQ have been humming higher of late as traders and investors pile on the momentum in the stock formed around a central pillar that the Company may be on a solid financial foundation as the price of oil and gas continue to show sturdy price action in their respective recoveries.

At the behest of shareholders’ pressure it would appear, management hinted that it will use its procedural control to extend the restructuring process. That is expected to buy the equity side an additional six months as management prepares a plan of restructuring. That would push things forward to next Spring. For debtholders who want this resolved, that means their only route would be to strike a pre-emptive deal with equity holders.

However, to do that, debtholders would need to be convinced that they would receive something approaching a respectable recovery on claims.

And this all comes down to expectations about the value of extant reserves and assets, which is largely going to be a product of commodity market trends going forward.

Shares of UPLMQ stock have rallied roughly 2,500% since early May. The most aggressive part of that move came in the first half of August. The main catalyst for the bulk of that advance was a framing of the financial math involved in the restructuring negotiations that was best captured by the Company’s presentation in early August, wherein executives argued for an estimate of the present value of the Company’s proved oil and gas reserves at somewhere between $7.2-$8.7 bln.

The amount of claims outstanding and up for grabs in Ultra’s estate is $4.3 bln, the vast majority of which is purely unsecured debt and interest. Hence, putting the PV10 estimate up around $8 bln suggests current equity holders may be able to wriggle out of this restructuring with their shares fully intact. As a consequence, the stock has been trading with the gusto of a Company now assumed to make a full turnaround recovery.

However, the key point that must be appreciated is this whole case rests on future estimates of the price of Natural Gas and Crude Oil. If we are still in a longer commodity bear market that is going to head into a new leg lower, all of the equity in UPLMQ will likely be worthless unless the Company has emerged from the restructuring process and shareholders have already been given a deal before the sky darkens again.

As it stands for UPLMQ, a move back above the $50 level in Crude Oil (currently trading at $47.59 in WTI front month futures) would likely further help the case that the Company’s presentation was not significantly unrealistic. The model that founds the market’s current faith in future shareholder returns depends on natural gas at $3.00/MMBtu for 2017 and $3.25/MMBtu for 2018 and $3.50/MMBtu beyond that, as an average. For crude oil, the Company’s Base Case assumes the price pushing above $50 bbl in 2017 and gradually trending higher from there to $70 bbl in 2020. We will continue to watch this story closely going forward and update you with all new developments. For continuing coverage on $UPLMQ and our other hot stock picks, sign up for our free newsletter today and get our next hot stock pick!