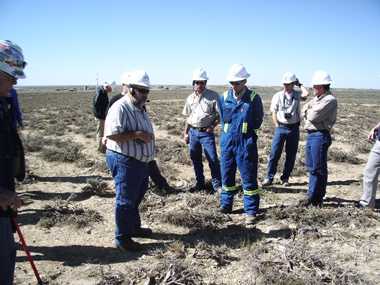 Ultra Petroleum Corp. (OTCMKTS:UPLMQ) has continued to power higher as short-side bets give up and capitulate out through the top of the pattern. A rising tide lifts all boats, especially boats that were scheduled to sink, and especially when the tide is made of oil and gas. Commodities are notoriously dominated by macro and sector trends, and bankruptcy reorganizations are notoriously skeptic-laden.

Hence, when you see extremely strong trends take hold in oil and gas, it should be no surprise to see a very parabolic pattern in the ‘dogs’ of the space. And UPLMQ may have been almost preternaturally set up for this type of move. Traders will note 38% added to share values of the name over the past month of action, and nearly 3800% over roughly the past 6 months. The name has benefitted from a jump in recent trading volume to the tune of 60% beyond its prior sustained average level during this upward acceleration.

We covered this one a few weeks ago, and noted that it “was a relatively unique situation in that the debt was not backed by collateral. That story is picking up more momentum lately as traders and investor start to recognize the unique situation here… Basically, lenders at major banks were so eager to lend to big integrated oil producers back in 2011 and 2012 that the loans were not tethered to the company’s assets. That fact, combined with the recent rejuvenation in the price of oil following OPEC’s watered down production freeze “agreement plan” announced in late September has shares of UPLMQ charging upward.”

As we noted last time, this all comes down to expectations about the value of extant reserves and assets, which is largely going to be a product of commodity market trends going forward.

The giant move off the stock’s lows back in early May seem to be tied to a modeling of forward commodity prices that grants a particular view of the financial math involved in the restructuring negotiations that was best captured by the Company’s presentation in early August, wherein executives argued for an estimate of the present value of the Company’s proved oil and gas reserves at somewhere between $7.2-$8.7 bln. The amount of claims outstanding and up for grabs in Ultra’s estate is $4.3 bln, the vast majority of which is purely unsecured debt and interest.

Hence, putting the PV10 estimate up around $8 bln suggests current equity holders may be able to wriggle out of this restructuring with their shares fully intact. As a consequence, the stock has been trading with the gusto of a Company now assumed to make a full turnaround recovery.

UPLMQ has been charging higher with an almost unbelievable momentum. Now earning a current market cap value of $38M. Part of this surge is likely sector and macro factors, and part must be due to the unique circumstances of its debt, as described above. That said, we would be remiss if we did not also note recent moves in other Chapter 11 names that have been spurred by increasing talk of equity committee actions. The common position in UPLMQ stock is certainly still in the game here, and shorts will likely have to continue to give ground until the rumor chapter is over and the news chapter begins. For continuing coverage on $UPLMQ stock, as well as our other hot stock picks, sign up for our free newsletter now and get our next hot stock pick!