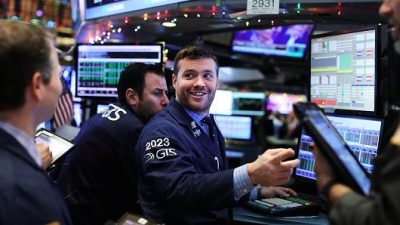 Trans Global Group Inc (OTCMKTS:TGGI) is a company to keep your eye as the year comes to a close. TGGI has news working with its subsidiary, Cannabis Consortium, that could really send the company in a new direction along with marijuana licenses in process from multiple states.
Furthermore, TGGI saw a boost in August after the company initiated an extended restructuring phase intended to reduce the total number of authorized shares. The company has already reduced its authorized shares by over 2.7 billion and reduced its float by 300 million common shares. “TGGI has already developed detailed plans for further reductions in the Float totaling 3 billion shares, and possibly more, once all the corporate actions for its Cannabis Consortium subsidiary have been completed,” TGGI in a statement.
Trans Global Group Inc (OTCMKTS:TGGI) trumpets itself as a company that Trans Global Group, Inc. through its subsidiary Cannabis Consortium, Inc. will be entering the highly lucrative marijuana market.
Cannabis Consortium, Inc. is a subsidiary company that was purchased by TGGI in 2010 to create an active trading subsidiary. Cannabis itself was created in 1998 as a Blank Check Shell and currently has 47 shareholders. Cannabis has already spoken with, and will be retaining, Counsel during October 2017 to prepare and file a Reg A so it can then begin to access capital markets as a separate trading entity from TGGI.
Cannabis Consortium is comprised of four (4) revenue streams compromising specialty items, foodstuffs, beverages, and one (1) research division. Three (3) of the revenue streams are derived from edibles and the other revenue stream is derived from investments. The research division will focus on the medical benefits of CBD oils for the treatment of animals.
In addition, TGGI engages in renewable energy and solar energy sector. It offers products to reduce homeowner’s and business’ energy consumption, lower their carbon footprint, enhance the efficiency of their energy products, and reduce energy costs.
The company also provides general construction services, including building schools, condominiums, town home communities, home renovations and add-ons, housing, and other projects. In addition, it offers bonding and insurance agency services. The company was formerly known as Teletek, Inc. and changed its name to Trans Global Group, Inc. in October 2007. Trans Global Group, Inc. was incorporated in 1979 and is headquartered in Coral Springs, Florida.
Find out when $TGGI reaches critical levels. Subscribe to OracleDispatch.com Right Now by entering your Email in the box below.

A successful application will allow Cannabis Consortium to start accessing the capital markets as a separate trading entity. The subsidiary is also planning to file form 15c-211 which, if approved, will allow it to trade independently under its own name and ticker. TGGI shareholders will remain the majority shareholders after Cannabis Consortium becomes a public company.
Earning a current market cap value of $3.15M, TGGI is pre-revenue at this point but seems to be making smart moves to boost value and make this worthwhile for investors. We will update the story again soon as developments transpire. Sign-up for continuing coverage on shares of $TGGI stock, as well as other hot stock picks, get our free newsletter today and get our next breakout pick!
Disclosure: we hold no position in $TGGI, either long or short, and we have not been compensated for this article.