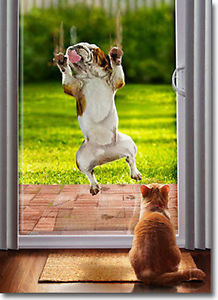 Towerstream Corporation (OTCMKTS:TWER) is a stock that’s been rolling down the mountain of despair, seeking and finding no bounce, along the way slipping off the big board and down onto the OTC. It’s one of those jaw-dropping declines: Just last year, the stock was testing the $50/share level, and now it’s trying to catch a bounce at $0.25/share.

Just the same, we can easily list off a few points that would make anyone drool a little at the prospects of that bounce, when finally it does arrive. The company has approximately $12M in cash on hand and has recently reduced its long-term debt by $5M. The Company’s cash burn from operations approximates $1M per quarter and is decreasing. Towerstream has increased EBITDA in each of the last three quarters. TWER has a minuscule trading float of just 7.69M, which suggests the stock could launch higher on any additional influx of interest. And the company has taken in over $27M in sales over the past twelve months. So, when is that bounce coming?

Towerstream Corporation (OTCMKTS:TWER) frames itself as a company that, together with its subsidiaries, provides fixed wireless broadband services and delivers access over a wireless network transmitting over regulated and unregulated radio spectrum to commercial customers in the United States.

Find out when $TWER stock reaches critical levels. Subscribe to OracleDispatch.com Right Now by entering your Email in the box below.

The only real way to evaluate where this company stands is by taking a closer look at recent financials, Overall, the company’s revenues softened by 3% during the third quarter of 2016 compared to the second quarter.

That is consistent with the company’s historical seasonal business trends, according to discussions on their Q3 conference call.

However, despite those slightly softened numbers, the company’s EBITDA, adjusted for nonrecurring items, has increased from $414,000 during the second quarter to $525,000 during the third quarter. This is the third consecutive quarter of improvement in this EBITDA metric during 2016. Furthermore, this EBITDA metric has moved from a negative $452,000 in the first quarter of 2016 to a positive $525,000 in the third quarter.

This swing represents a $1 million improvement in financial performance over the span of just nine months.

That reduction was apparently attributable to the harvesting of equipment used in previous applications, negotiation of better pricing and improved efficiencies in the company’s installation processes.

During the third quarter of 2016 and immediately following the month of October, the company closed on three financings which netted the Company a total of $5.1 million and, in November, we also converted $5 million of the company’s long-term debt into equity.

Overall, these actions serve to improve the company’s cash position, strengthen the company’s balance sheet, reduce future interest expense and enhance the company’s ability to raise additional financing to fund the company’s growth plans. Finally, we ended this quarter with $12.9 million in cash. I now turn the call over to Arthur Giftakis, the company’s Chief Operating Officer.

Currently trading at a market capitalization of $3.4M, TWER has a significant war chest ($12.90M) of cash on the books, alongside total assets approaching $37M, which is balanced by an appreciable load ($36.59M) of total accumulated debt. The debt situation is obviously nightmarish. But trends are clearly looking a bit better. Now that the bad news of the de-listing is in the rear-view mirror, it is possible that the stock may finally be treated to at least a short-covering rally. We will update again soon as events dictate. For continuing coverage on shares of $TWER stock, as well as our other hot stock picks, sign up for our free newsletter today and get our next hot stock pick!