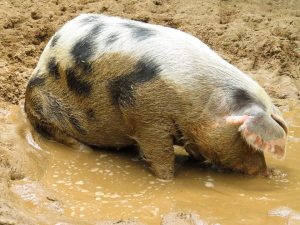 TITAN MEDICAL INC COM NPV (OTCMKTS:TITXF) is a penny stock that has been a huge focus among OTC traders as the stock breaks sharply lower in recent days. The primary impetus for the move is the stock’s halt and subsequent resumption of trade in connection with an announced offering of new units of ownership. Markets hate offerings, but the real impact can be a positive down the line, so it’s important to take a closer look.

In this case, we would note that investors should also take a look at the company’s recent announcement of the publication of European Patent No. EP2996613, titled “Articulated Tool Positioner and System Employing Same.” According to the release, the patent describes the smooth and continuously curved articulation of a robotic instrument to position and orient an end-effector in multiple degrees of freedom. Given that this is an IP firm, the announcement of this patent in conjunction with the announcement of this offering could end up being a longer-term positive, however it is clearly dilutive in the immediate-term.

TITAN MEDICAL INC COM NPV (OTCMKTS:TITXF) promulgates itself as a development stage company that focuses on design and development of robotic surgical system for application in minimally invasive surgery (MIS).

Its SPORT Surgical System also includes a surgeon workstation that provides the surgeon with an interface to the robotic platform for controlling the interactive instruments and providing a 3D endoscopic view of inside a patient’s body during MIS procedures.

The SPORT Surgical System is being designed to expand robotic surgery into simple and complex areas of surgical specialties that allow surgeons to perform procedures within small to medium size surgical spaces for general abdominal, gynecologic, and urologic indications. Titan Medical Inc. is based in Toronto, Canada.

According to company materials, “Titan Medical Inc. is a Canadian public company focused on the design and development of a robotic surgical system for application in minimally invasive surgery (“MIS”). The Company’s SPORT™ Surgical System, currently under development, includes a surgeon-controlled robotic platform that incorporates a 3D high-definition vision system and multi-articulating instruments for performing MIS procedures through a single incision. The surgical system also includes a surgeon workstation that provides a surgeon with an advanced ergonomic interface to the robotic platform for controlling the instruments and provides a 3D high-definition endoscopic view of inside a patient’s body. The SPORT Surgical System is designed to enable surgeons to perform a broad set of surgical procedures for general abdominal, gynecologic, and urologic indications.”

Find out when $TITXF stock reaches critical levels. Subscribe to OracleDispatch.com Right Now by entering your Email in the box below.

As noted above, shares of the stock have been hit hard following signs that the company would be hitting the market with a secondary offering of sorts. As to the details, the company announced the filing of a “preliminary short form prospectus in connection with a proposed marketed offering of units of the Company (the “Units”) for minimum gross proceeds of US$8,600,000 and maximum gross proceeds of US$17,300,000 (the “Offering”). Each Unit will be comprised of common shares of the Company (“Common Shares”) and Common Share purchase warrants (each full warrant a “Warrant”, and together with the Units and Common Shares the “Securities”). The Offering will be undertaken on a “best efforts” agency basis in the provinces of Ontario, British Columbia and Alberta pursuant to the Company’s preliminary short form prospectus dated June 8, 2017 (the “Preliminary Prospectus”), filed with securities regulators in Ontario, British Columbia and Alberta, and may be undertaken in the United States pursuant to exemptions from the registration requirements of the U.S. Securities Act and applicable state laws.”

Recent action has seen a -30% drubbing in shares over the past week. However, TITXF has a history of dramatic rallies. Moreover, the company has witnessed a pop in interest, as transaction volume levels have recently pushed exceeding 160% above the average volume levels in play in this stock over the longer term.

At this time, carrying a capital value in the market of $36.09M, TITXF has a significant war chest ($7.1M) of reported cash on the books, which compares with virtually no total current liabilities. The company is pre-revenue at this point. We will update the story again soon as developments transpire. For continuing coverage on shares of $TITXF stock, as well as our other hot stock picks, sign up for our free newsletter today and get our next hot stock pick!