Tesla Motors Inc reports another loss amid merger with SolarCity 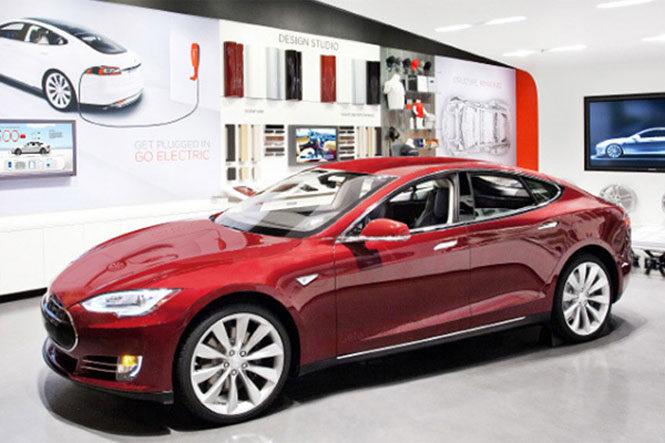 Tesla Motors Inc (NASDAQ:TSLA) on August 3, 2016 unveiled a loss of $293 million for the second quarter that marks the auto-car maker’s 13th successive quarterly loss.
Company sales for the 3 months period ending in June were $1.3 billion that was lower than analysts’ expectations of $1.6 billion.
Tesla Motors Inc just managed to deliver 14,402 cars during the quarter against its expected target of 17,000 deliveries.
It is the 2nd consecutive quarter that Tesla failed to meet the production targets, increasing possibilities that company will also miss the full year goal.
Tesla also said that close to half of its second quarter production occurred in the final four weeks of the quarter.
However Electric car-maker giant said it was heading in the right direction to deliver 50,000 Model S and Model X vehicles in the second half of the year.
During the 2nd quarter new vehicles orders surged by 67% in contrast to the same time last year. During the quarter Tesla also finalized the design work on its Model 3 sedan and aims to start production before the end of the year.
The Model 3 is Company’s attempt to increase its market appeal with a more affordable car. Its starting price is expected to be $35,000.
Tesla Motors Inc (NASDAQ:TSLA) reportedly plans to add make new stores in Taipei, Seoul, and Mexico City along with extra stores in US.
Tesla’s chief executive Elon Musk recently unveiled his plans to increase the company’s vehicle line to manufacture electric trucks and buses. Musk started the company’s Gigafactory in Nevada last week which Tesla promises will affectedly drop the cost of batteries for cars.
Also on Monday, the company unveiled an attempt to take over a solar panel company SolarCity for reported $2.6 billion.
Investor have been raising questions regarding the practicality of the deal as both companies have been reporting losses in recent quarters.
There were also enquiries about the close associations between the two firms – Mr Musk is already chairman of SolarCity’s board and his cousin Lyndon Rive is the company’s chief executive.
Following the completion of the merger Mr Musk’s ownership stake will rise from 23% to 25%, making him the largest shareholder.
Mr. Musk has aggressively backed the deal and said the merger would save $150 million a year.