Terra Tech Corp (OTCMKTS:TRTC) Stock Is Due For a Reversal 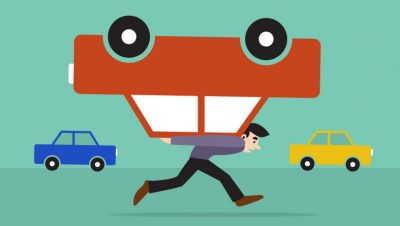 Terra Tech Corp (OTCMKTS:TRTC) is a microcap stock that remains atop most OTC boards. In 2016 the cannabis industry was one of the hottest areas for stock speculators, with just about any stock attaching its fortunes to the legalization of marijuana in the United States seeing a epic boost. But in 2017, it’s been a lot harder to capture the attention of investors, many of whom apparently feel that many cannabis stocks may have run to far to fast.

Case in point: Terra Tech Corp (OTCMKTS:TRTC), which is trying to get investors excited about its long-term plans for the cannabis industry. In late November 2016, the company got a major pre-election bounce, as states like California and Nevada went to the polls to vote on the decision to legalize marijuana. At the time, investors imagined a huge upside for stocks like TRTC and shares quickly moved higher.

Now, however, Terra Tech Corp (OTCMKTS:TRTC) shares are trading at just $0.169. That’s down more than 50% from the beginning of the year, when TRTC was trading as high as $0.33. Over the most recent 52-week period, shares have traded as low as $0.14 and as high as $0.56. And that 52-week high was reached back in November, when all the hype and buzz over legalized marijuana was taking the whole sector higher. At a price of $0.169, TRTC has a current market cap of $99.52 million.

Certainly, TRTC has a lot in its favor, especially when compared to other cannabis stocks that only target a tiny sliver of the market. Terra Tech is the only U.S.-based, publicly traded corporation that touches every aspect of the cannabis lifecycle, from cultivation to extraction to retail sale. That means the company is much more diversified than its peers.

The company operates in two primary segments – hydroponic produce and cannabis products. The strategy moving forward, according to the company’s management, is to expand as rapidly as possible with cannabis, while using its hydroponic produce as a way to enter new markets where cannabis is not yet legalized. The company owns a subsidiary, Edible Garden Corp., that sells locally grown produce, herbs and floral products. Once a state votes to legalize marijuana, some of that production can be shifted from, say, basil and thyme, to cannabis.

And the company’s financial numbers look good, too. On May 11, the company reported its Q1 2017 financial results. The company posted revenue of $6.8 million, up 340% from the $1.5 million in revenue posted in 2016. That huge change is primarily due to the recent acquisition of a retail medical cannabis dispensary that gives it a major presence in both Oakland, California and Nevada.

Plus, TRTC is seeing renewed traction in its IVXX subsidiary, which sells cannabis flowers and cigarettes. According to the company’s commentary on 1Q 2017 results, IVXX was behind some of the new revenue growth.

Going forward, TRTC also issued guidance for the full year 2017. The company expects to post revenue of $38-$40 million for the year. That would suggest continued growth at the company. Just doing a few back-of-the-envelope calculations, total revenue of $40 million would imply revenue of $11 million for each of the remaining three quarters of the year. That’s approximately a 50% increase from the current quarterly revenue figure of $6.8 million.

It’s no surprise, then, that TRTC is now thinking about ways to get its growth message out into the marketplace. The company wants to emphasize its diversified operations, its future growth prospects, and the improving financial picture at the company. One marketing strategy is to become more active at cannabis industry conferences. In May, for example, the company appeared at the Canaccord Genuity Cannabis Conference in New York City.

All of the above would seem to suggest that shares of TRTC have may be reaching a bottom. At a time when the company is moving forward with real growth plans, how is it possible that shares are still down more than 50% for the year? So look for continued new announcements from the company. On May 24, for example, the company released new updates about its plans for “craft cultivation” of cannabis in Northern California.

Keep in mind – Terra Tech is a company with a history of making huge moves upward. It’s share price is pegged to the status of the cannabis industry, so any positive news about legalized marijuana in the U.S. is also positive news for Terra Tech. And, as TRTC executives continue to point out, the overall regulatory framework for legalized marijuana in the U.S. is favorable. So it could be high times ahead for Terra Tech, a bright young star in the U.S. cannabis industry. For more news on Terra Tech Corp and other fast-moving penny stocks, please subscribe to OracleDispatch.com below.