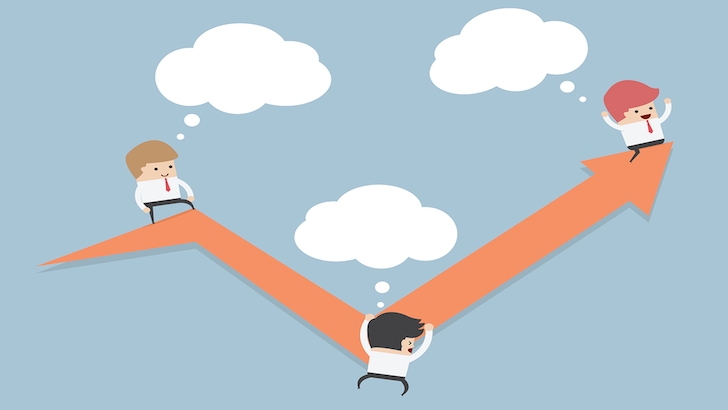 Terra Tech Corp (OTCMKTS:TRTC) All eyes remained fixed on upcoming November ballot initiatives. The positive outlook and overall market sentiment has pushed many cannabis stocks to new highs. Currently trading at a share price of $0.419, Terra Tech Corp. (OTCMKTS: TRTC) has a market capitalization of $198.43 million. Over a 52-week period, shares have traded as low as $0.08 and as high as $0.75.

Of particular interest for traders has been the trading pattern of TRTC stock since June. The shares typically finds support at the $0.30 level, hits resistance around the $0.40 level and then breaks through to about $0.50. That’s why the current share price of $0.419 is so interesting – it could means that the stock is about to make another breakout to the upside to hit the $0.50 mark.

Terra Tech Corp (OTCMKTS:TRTC) has benefited from the new hype and enthusiasm over “Green Rush 2.0,” which has pushed up the prices of nearly all cannabis-related stocks. And as the management team at Terra Tech Corp. likes to point out, TRTC is the only U.S.-based, publicly traded company that touches every aspect of the cannabis industry, from cultivation and extraction to branding and retail sales.

Terra Tech Corp. is a cannabis-focused agriculture company that operates in two major business segments: hydroponic produce (via its Edible Garden and GrowOp Technology subsidiaries) and cannabis products for recreational and medical use (via its IVXX and MediFarm subsidiaries).

Find out when TRTC stock reaches critical levels. Subscribe to OracleDispatch.com Right Now by entering your Email in the box below.

For now, the Edible Garden subsidiary is the focal point of the company’s current revenue generation efforts. In September, Edible Garden announced that it had started shipping of its line of 4-inch potted living herbs to Wegmans, a national supermarket chain. Each herb is USDA-certified organic and can be used in the kitchen. Edible Garden sells an organic range of lettuce and herbs (e.g. basil and thyme), plus vitamins and supplements.

According to TRTC, the main market for Edible Garden is consumers who want locally grown and organic herbs and vegetables. The bigger picture, though, is that Edible Garden is a way for TRTC stock to gain scale and scope while it waits for more states to pass marijuana legalization initiatives. TRTC can set up facilities to grow herbs like basil and thyme, and then immediately convert them over to growing cannabis if and when a state legalizes marijuana.

That’s why traders are keeping a close eye on upcoming ballot initiatives in November. Nine states will vote on whether or not to legalize marijuana for recreational or medicinal use: Arizona, Arkansas, California, Florida, Maine, Massachusetts, Montana, Nevada and North Dakota. For TRTC, the one state that could have the greatest short-term impact is Nevada, where the company has already set up plans to operate medical marijuana facilities for cultivating, producing and dispensing legalized marijuana.

Of course, as with any stock play on the future of the cannabis industry, there is a certain amount of regulatory risk. If the ballot initiatives pass in November, that would go a long way toward reducing the perceived risk around TRTC. Plus, the DEA has indicated it may be willing to reclassify marijuana as a less risky drug.

The other major catalyst for Terra Tech will be the release of Q3 2016 earnings on November 7. Investors will be looking for evidence that revenues are growing at both Edible Garden and IVXX, the subsidiary that produces and sells a line of cannabis products for recreational and medical use. In the previous quarter, Terra Tech posted revenue of $4.9 million.

Investors will also be looking for more guidance around a potential reverse stock split that might impact shareholders differently. Terra Tech has already mentioned plans to up-list to the NASDAQ, and a reverse stock-split could be part of that strategy.

Thus, there are several fundamental and technical factors that could influence the future direction of TRTC stock. There’s hope that the company will continue to grow is hydroponic produce business (via Edible Garden), such as through new distribution deals with national supermarkets. And there’s hope that the company will continue to trade higher from a resistance level of $0.406 to close closer to $0.50 or even a 52-week high of $0.75. For continuing coverage on shares of $TRTC, as well as our other hot stock picks, sign up for our free newsletter today and get our next hot stock pick!