Surna Inc (OTCMKTS:SRNA) Stock Rallies as Word Gets Out 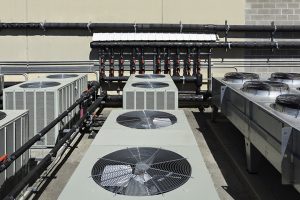 Surna Inc (OTCMKTS:SRNA) is a penny play on the cannabis “expanding pie” theme. It’s an interesting story, and a name we have followed with interest: an equipper of new cannabis cultivators, at a time when we are likely to see a massive surge in the number of new cannabis cultivators, in a space that is exploding with the potential to arm such new players with cash from operations and/or debt to acquire necessary equipment.

In other words, there is likely about to be a massive jump in the demand for cannabis cultivation equipment. The race to get the most exposure for those selling such equipment is all important. That’s why the company’s recent press release could be more important as a catalyst than it might at first appear. In short, the company just announced that Stephen Keen, SRNA’s Director of Technology, is scheduled to join the DFZ Radio’s Heavy T’s Grow Show on Jan. 11. The show is a live “Hydroponics Talk Radio” show that “takes calls all over the nation answering gardener’s hydroponics and indoor gardening questions and hooking the callers up w/ free grow gear and nutrients sent to their local hydroponics supply store”.

Surna Inc (OTCMKTS:SRNA) promulgates itself as a company that designs, develops, manufactures, and distributes systems for controlled environment agriculture (CEA). It offers chillers, lights, reflectors, and irrigation systems; Hybrid Building that uses the sun as its primary light source; air sanitation technology for mold and mildew risk mitigation to cultivators; and mechanical, electrical, and plumbing services.

According to company materials, “Surna’s engineers continuously seek to create technology that solves the highly specific demands of the cannabis industry for temperature, humidity, light and process control. Surna’s goal is to provide intelligent solutions to improve the quality, the control and the overall yield and efficiency of controlled environment agriculture. Though its clients do, the company neither produces nor sells cannabis.”

Find out when $SRNA stock reaches critical levels. Subscribe to OracleDispatch.com Right Now by entering your Email in the box below.

As noted above, the company’s Director of Tech, Stephen Keen, will be on Heavy T’s Grow Show next week. Keen will participate in an open discussion about cannabis cultivation that will include a Q&A session for listeners.

According to the release, Keen will touch upon his 14-years working in the cannabis industry, current technology being used to grow cannabis and where he sees cannabis cultivation going in the near future. Keen’s experience includes co-founding Hydro Innovations climate controls that was acquired by Surna where most recently he has served as director of technology and a member of the board. Prior, he served as the chief cultivation expert for one of Colorado’s largest medicinal marijuana operations. Keen has been published in multiple industry magazines. Recently, he began his latest endeavor Sterling Pharms – for which Keen has leased a facility in Boulder with the goal of becoming an independent cannabis cultivator. Sterling Pharms expects to use Surna solutions, provide references and tours as well as conduct R&D.

In addition, as noted above, this story is going to be all about execution in a competitive, but quickly growing context.

Recent action has seen 58% piled on for shareholders of the name during the trailing month. Market participants may want to pay attention to this stock. SRNA has a history of dramatic rallies. What’s more, the company has registered increased average transaction volume recently, with the past month seeing just shy of 10% over what the stock has registered over the longer term. Since we last covered the name, the stock has moved 54.1% higher.

Now commanding a market cap of $33.6M, SRNA has a reserve ($235K) of cash on the books, which is balanced by about $2.3M in total current liabilities. One should also note that debt has been growing over recent quarters.

SRNA is pulling in trailing 12-month revenues of $7.2M. However, the company is seeing declines on the top line on a quarterly y/y basis, with revenues falling at -67.8%, which is a clear concern. However, that trend may not be at all indicative of the future, given the legal changes underway where the status of marijuana as a consumer good is concerned and the booming growth of the company’s end market that seems to be inevitable in 2017. You can bet we will update this one again as new information comes into view. For continuing coverage on shares of $SRNA stock, as well as our other hot stock picks, sign up for our free newsletter today and get our next hot stock pick!