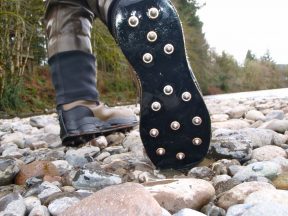 Surna Inc (OTCMKTS:SRNA) is a penny player in the cannabis patch that has started to engage some focus among traders and investors as prices get a little traction in bounce mode following a dramatic and sustained slide in share prices that got started around the beginning of April. We may be seeing the vestiges of a technical bounce off the dime level in recent action after the stock registered an almost unheard of 15 handle on the RSI indicator on Monday. As far as catalysts, all we have to go on recently is the company’s core results: SRNA just announced its operating and financial results for the three months ended March 31, 2017.

We’ve witnessed -9% taken out of share values of the listing over the past week of action, but this action was broken by a sharp one-day pop of nearly 14% on Tuesday with no clear headline catalyst as the stock tapped into the very important dime level, which acted as critical resistance for 4 months in 2016. That said, SRNA has evidenced sudden upward volatility on many prior occasions. In addition, the stock has seen interest climb, with an increase in recent trading volume of about 100% over the long run average.

Surna Inc (OTCMKTS:SRNA) promulgates itself as a company that designs, develops, manufactures, and distributes systems for controlled environment agriculture (CEA). It offers chillers, lights, reflectors, and irrigation systems; Hybrid Building that uses the sun as its primary light source; air sanitation technology for mold and mildew risk mitigation to cultivators; and mechanical, electrical, and plumbing services.

According to company materials, “Surna’s engineers continuously seek to create technology that solves the highly specific demands of the cannabis industry for temperature, humidity, light and process control. Surna’s goal is to provide intelligent solutions to improve the quality, the control and the overall yield and efficiency of controlled environment agriculture. Though its clients do, the company neither produces nor sells cannabis.”

Subscribe below and we’ll keep you on top of what’s happening before $SRNA stock makes its next move.

Carving a little bit into the financials, we saw some important numbers in last week’s big reveal that may hint at the coming fundamental narrative for the company.

“The company noted that the decline in revenue was primarily due to: (i) the restructuring of our policies to secure sales contracts at an earlier stage which was not in place in Q1 2016, and (ii) the heightened uncertainty of the cannabis industry following the recent U.S. presidential election.”

Obviously, explaining a dramatic decline in top line numbers is never easy, but the market seems to see this as a particularly unconvincing narrative, as do we. If anything, the US presidential election was not a headwind for cannabis cap-ex investment, but the exact opposite, given the addition of 8 new states with increasing legality and widespread knowledge that Canada was going to legalize fully on a national and recreational basis.

At this time, carrying a capital value in the market of $22.5M, SRNA has a bankroll ($2M) of reported cash on the books, which compares with about $476K in total current liabilities. SRNA is pulling in trailing 12-month revenues of $6.7M. However, the company is seeing declines on the top line on a quarterly y/y basis, with revenues falling at -36.2%. This may be a very interesting story and we will look forward to updating it again soon. For continuing coverage on shares of $SRNA stock, as well as our other hot stock picks, sign up for our free newsletter today and get our next hot stock pick!