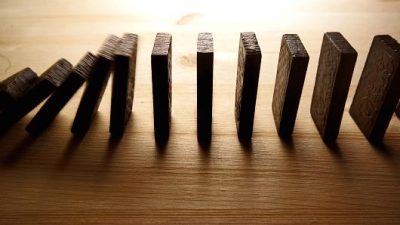 Down, down and down some more has been the story for Northwest Biotherapeutics, Inc (OTCMKTS:NWBO) since the end of July 2015 where it reached $12.55, today you can pick up their stock for a measly $0.16 cents. But, are we now near a bottom?

This year started off fairly steady as NWBO was in rally mode until mid January, then pulled back before another brief uptick at the start of February. The price began a steady decline before gapping down on March 17th (due to an announcement that the Company will sell approximately 28.8 million shares of common stock at a purchase price of $0.26 per share, or pre-funded warrants in lieu of shares). Ouch.

From there on it has been nothing but South for the biotechnology company, dumping heavily at the end of April and reaching a low of 14 cents on April 25th. This was followed by a brief surge the following day, but this turned out to be fleeting as the market cap continued to get whittled away with another descent for most of May before finally making one last ascent, closing above the 50 day moving average on the 30 May but failing the backtest the following day and dashing the hopes of investors.

Here it sits at $0.16 cents and the question remains is the only way left up for NWBO?

Northwest Biotherapeutics, Inc (OTCMKTS:NWBO) is a biotechnology company focused on developing personalized immunotherapy products designed to treat cancers more effectively than current treatments and without the side effects of chemotherapy drugs in both the United States and Europe.The proprietary manufacturing technology they use enables them to produce its personalized vaccine in an efficient, cost-effective manner. The Company has a broad platform technology for DCVax dendritic cell-based vaccines.

Find out when $NWBO stock reaches critical levels. Subscribe to OracleDispatch.com Right Now by entering your Email in the box below.

The Company’s lead program is a 331-patient Phase III trial in newly diagnosed Glioblastoma multiforme (GBM). GBM is the most aggressive and lethal form of brain cancer, and is an “orphan disease.” The trial is underway at over 60 locations in the United States, Germany and the UK. The Company is also pursuing a Phase I/II trial with DCVax-L for late stage ovarian cancer together with the University of Pennsylvania. On February 6 a long awaited bit of good news was received as the  partial clinical hold on the Trial was lifted by the FDA. They announced  that the Trial has accumulated a sufficient number of events toward the progression-free survival (“PFS”) endpoint but not yet for the overall survival (“OS”) endpoint. Another product they offer is DCVAX-Direct which  is currently in a 60-patient Phase I/II trial for direct injection into all types of inoperable solid tumor cancers. Trials are currently being conducted at both MD Anderson Cancer Center in Texas, as well as Orlando Health in Florida.

Investing in the biotechnology industry can be very challenging at times as it isn’t clear whether the drugs being offered will be successful in trials and also pass FDA regulations. Last year was a very bumpy ride for investors in this sector and they could be forgiven looking elsewhere but the outlook is promising for this year, especially for the immuno-oncology sub sector. Jeff Margolis, VP of RespireRx (OTCQB:RSPI)  told Life Science Investing News. “I think investors should be looking at the immuno-oncology area, this is a sub-sector of the healthcare space that is coming into its own now and progress should be rapid “

The bottom line is, when a drug is seen as a failure by the market we see company valuations approach zero, and with the recent news that Northwest Biotherapeutics’ (OTCMKTS: NWBO) DCVax-L FDA hold being lifted there is reason to believe this drug could be highly effective. If this is indeed the case then the current valuation of 16 cents is heavily underpriced and offers a risk reward profile that most definitely favors the upside and very limited downside. For continuing coverage on shares of Northwest Biotherapeutics stock, as well as our other breakout stock picks, sign up for our free newsletter today and get our next hot stock pick!