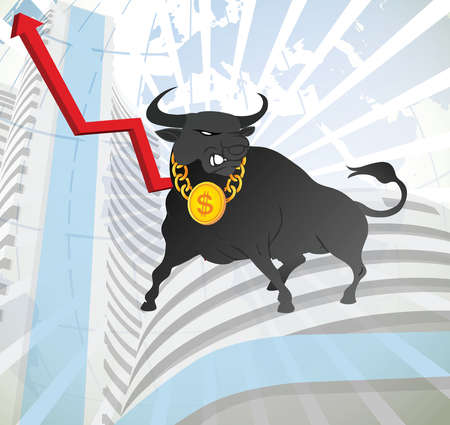 SUPREME PHARMACEUT COM NPV (OTCMKTS:SPRWF) is a penny play that has started to garner a ton of attention as the stock launches higher following the US November 8 vote extending the reach of medical marijuana to four new states in the US. In Canada, the story looks even more exciting as moves are planned to further destigmatize pot and possibly move toward full recreational legalization across the country as early as next year, which does impact medicinal sales as well due to greater social and cultural acceptance of the substance as non-deviant.

Traders will note 40% piled on for shareholders of SPRWF stock during the trailing week. This is emblematic of the stock. Supreme Pharmaceuticals is a stock whose past is littered with sudden rips. In addition, the stock has registered increased average transaction volume recently, with the past month seeing greater than 150% above the average volume levels in play in this stock over the longer term.

SUPREME PHARMACEUT COM NPV (OTCMKTS:SPRWF) trumpets itself as a company that focuses on the production and sale of medical marijuana in Canada.

The company was formerly known as Supreme Resources Ltd. and changed its name to Supreme Pharmaceuticals Inc. in February 2014.

Supreme Pharmaceuticals Inc. was incorporated in 1979 and is headquartered in Vancouver, Canada.

The Hybrid Greenhouse combines the best technology of indoor production with the efficiencies and sustainability of a greenhouse, in a single large-format production footprint.

Find out when SPRWF stock reaches critical levels. Subscribe to OracleDispatch.com Right Now by entering your Email in the box below.

While SPRWF stock has broken out sharply once again in recent days, we don’t see much in the way of clear new company-specific information since October 27, when the company issued a clarification on the status of a subsidiary’s allowances based on government approval. The notice stated:

“Supreme Pharmaceuticals Inc. wishes to clarify that, as a result of changes Health Canada made to its website today, Supreme’s operating subsidiary, AMMCan, was mistakenly shown as having been approved for the sale of dried marihuana. Supreme notified IIROC upon learning of this inadvertent change to Health Canada’s website, and the common shares were halted from trading. The Health Canada website has since been corrected. Supreme wishes to clarify that, at this time, AMMCan has not yet been approved by Health Canada to sell dried marihuana but continues to take steps towards gaining such approval. Today’s events have no impact on AMMCan’s status as a Licensed Producer and are unrelated to AMMCan’s progress towards obtaining the sales approval. Further updates relating to the status of AMMCan’s licensing will be provided as they become available. Supreme’s common shares are expected to resume trading following shortly dissemination of this news release.”

The recent power pop higher in share pricing for SPRWF stock might in fact be related to this story – perhaps a positive shift is forthcoming on this status – or it may be related to entirely separate factors. With a float of apparently more than 90m shares, the most recent jump higher is likely to be followed by headlines that explain the action a bit more clearly. But we haven’t seen such headlines as of yet.

Otherwise, from the company’s website, we can see some press materials related to private placement investment last week.

Our sense is that the company is likely finding it easy to access to new capital at beneficial terms, so it’s soaking up free cash right now. Whenever that happens, we take it as a key indication of market undervaluation. I think we can feel reasonably comfortable with the idea that this is the likely catalyst behind the stock’s quick ascent in recent days.

Now commanding a market cap of $79.7M, SPRWF has a decent store ($2.07M) of cash on the books, along with total assets a bit less than $380M, which stands against an appreciable load ($3.03M) of total accumulated debt.

If we want to further hypothesize about this company, we might go so far as to say, perhaps those willing to throw money at this company right now know something about what is likely to happen surrounding the status of government allowances for 7Acres (formerly known as “AMMCan”). But that’s somewhat irrelevant. The fact is, no matter how you slice it, the stock is acting extremely well in an expanding market segment. We will update the story further as details become more available. For continuing coverage on shares of SPRWF stock, as well as our other hot stock picks, sign up for our free newsletter today and get our next hot stock pick!