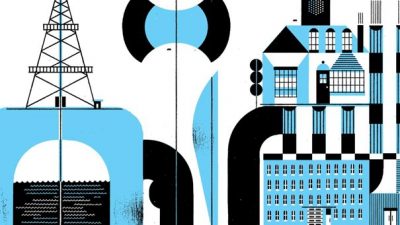 Supernova Energy Inc (OTCMKTS:SPRN) shares started the year around .10 cents, and by March they were topping .27 cents with volume spikes accompanying the news from the company about Pratt County leases.

The stock had trouble until the recent rally, and a look at the chart below shows they have recently climbed back to break even for the year.

Supernova Energy Inc (OTCMKTS:SPRN) is operator and 100% working Interest owner of its Pratt County leases (5 leases totaling 780 acres) located within the established Sawyer Field and is currently producing both oil and gas. The Sawyer Field has produced an accumulative 3,383,397 MCF and 2,137,418 barrels of oil from four pay zones, (Lansing-Kansas city, Viola, Simpson and Arbuckle); the first well was drilled in 1957.

Since taking control as operator of the Pratt County leases in late 2015, Supernova has successfully reworked and restarted production in two temporarily abandoned (TA’D) wells (Keyes A #1 and Keyes B). An existing salt water disposal well (Harrell D) on the leases was also refitted and ungraded in August 2016 to support increased production levels in the field. The Company expects to further upgrade equipment on producing wells to increase flow rate and decrease water cut.

Find out when $SPRN stock reaches critical levels. Subscribe to OracleDispatch.com Right Now by entering your Email in the box below.

There are several other currently shut-in and temporarily abandoned (TA’D) wells on the Company’s Pratt County leases that are being considered for reworking. Supernova believes many of its Pratt County wells are also candidates for secondary recovery (gas injection and waterflooding).

Kevin Malone, CEO of Supernova Energy, Inc., commented, “Our oil and gas producing Pratt County leases are an ideal project for Supernova to expand with a series of relatively low-risk well recompletions and workovers. The next step of this strategy is to have an engineering report commissioned to target the best recompletion candidates and to determine the best potential pay zones for each well. This same engineering report will also allow us to assess bringing gas production back online that could further add to our bottom line.”

In Q1 the company outlined the 2017 -2018 corporate oil and gas strategy, and said it is focused on specializing in well bore completion and re-completion on existing oil and gas production. There are a large number of opportunities in well completion and ownership across the USA. Supernova has an operating license in the state of Kansas where it concentrates on completions, re-completions and workovers through working-interest (WI) partnerships.

Oil leases produce at their maximum rate at the start of their lives, but this production rate eventually declines. In order to maintain production levels, wells will require secondary recovery efforts to boost production back to former levels. Re-completion often involves stimulation of the reservoir, perforating old or new casing, and completing alternative sections of pay in an oil producing formation. Supernova Energy intends to capitalize on leases that fit the criteria for secondary recovery.

“Supernova has worked diligently over the last twelve months with experienced professionals to help formulate a strategic two-year plan to stimulate growth through revenue, while maintaining a risk-adverse oil and gas portfolio,” states Kevin Malone, CEO of Supernova Energy, Inc.”

Supernova Energy, Inc. (OTC MKTS:SPRN)is an American based oil and gas production and exploration Company with key holdings in Kansas and Kentucky. The Company’s goal is to acquire economical leases in known oil and gas formations with low cost of recovery. The strategy is to specialize in well-bore completion, re-completion and workovers on existing oil and gas production.

The stock price has an outlier blip, and needs to retrace the selloff it had, the prices needs to retest the .15 cent level with some corresponding volume to create a useful uptrend.

These single stock moves in the energy sector are stocks to watch, it is important to watch multiple sectors to see where money flows are taking place across broad sector spectrums. For more news on SPRN and other fast-moving penny stocks, please subscribe to OracleDispatch.com below.