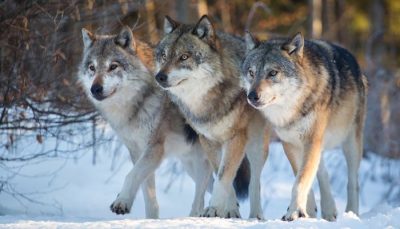 Sunedison Inc (OTCMKTS:SUNEQ), as many expected, will now be a shell of itself and shareholders will be holding the bag. The judge overruled any objections to the exit financing despite letters from numerous shareholders of foul play.
For those new to the story, when the Obama Administration came into office, members of the administration and those close to the President organized billions in taxpayer dollars into Sun Edison and its subsidiaries only to see it all melt in bankruptcy. The reason has little to do with the potential of clean energy and solely to do with collusion, a word the public is very familiar with nowadays.
Sunedison Inc (OTCMKTS:SUNEQ) bought a heap of wind turbines called First Wind in 2015. First Wind received $778 million in taxpayer dollars at the guidance of CEO Paul Gaynor, a former Enron executive. First Wind was crafty at gaining favor in local policy and using government insiders to gain special interest.
Find out when $SUNEQ stock reaches critical levels. Subscribe to OracleDispatch.com Right Now by entering your Email in the box below.

In a 2010, First Wind withdrew an IPO sue to lack of investor interest. The company continually lost money and was considered by all means toxic. So, it caught some by surprise when the upstart SunEdison paid $1.9 billion for First Wind buying out the likes of D.E. SHAW and Madison Dearborn Partners. Why are D.E. Shaw and Madison Dearborn Partners important? Well, because Larry Summer was on the payroll of D.E. Shaw and Obama’s Chief of the National Economic Council and Rahm Emanuel’s, Obama’s Chief of Staff, second largest donor was Dearborn Partners. Even in Emanuel’s last reelection bid as Mayor of Chicago, the loyal donors of Madison Dearborn gave him $858,800 in contributions.
Ahmad Chatila, President and Chief Executive Officer of SunEdison said of the deal, “This acquisition enhances SunEdison’s global offering and adds a talented wind development and asset management team. By combining SunEdison’s leading solar development platform with First Wind’s platform, SunEdison is well positioned to drive significant growth in global renewable energy markets, and deliver immediate shareholder value.” The deal announced Sun Edison to the world and First Wind’s heaving debt was all but forgotten.
Skies were blue for about a year until it was obvious SunEdison had absorbed too much debt. This is when D.E. Shaw and Madison Dearborn Partners came back to sue SunEdison and the funds in Terraform Power, a yieldco of SunEdison, immediately triggered as a deferred payment from the buyout of First Wind. “By all reports, SunEdison is on the verge of bankruptcy,” D.E. Shaw and Madison Dearborn said in the suit. “That bankruptcy will trigger substantial contractual payment obligations.”
These are just a few re-hashings of the SUNEQ catastrophe that is littered with cronyism. Somehow, the judge overseeing the case saw no reason for bad faith. The company blew through $24B in financing and left nothing for common shareholders.
Sunedison Inc (OTCMKTS:SUNEQ) is now sub-penny when it was once worth more than $70. SUNEQ’s downfall sucks jobs from the American economy and robs shareholders who  wanted to invest in clean energy. The company’s failure is a blight on the green energy economy and a lesson in how government can corrupt the birth of new ideas. For continuing coverage on shares of $SUNEQ stock and other hot stock picks, sign up for our free newsletter today and get our next hot stock pick!
Disclosure: we hold no position in $SUNEQ, either long or short, and we have not been compensated for this article.