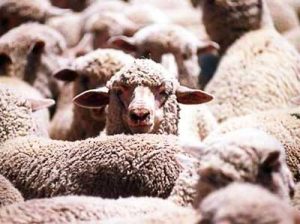 In recent times, plenty of cannabis stocks have been in action due to rising optimism about the sector and one such stock is that of Sundial Growers Inc (NASDAQ:SNDL).

Last week the company announced its financial results for the fourth quarter. Investors found several positives in the performance from Sundial and in fact, Sundial Growers Inc (NASDAQ:SNDL) even recorded a steady rise over the next five days as well.

Despite that, it is also important to point out that there are some other aspects of the company’s business that might give investors pause and force them to re-evaluate their sentiments with regards to Sundial.

It is even more alarming since its sales in the third quarter were already down by as much as 54% year on year. However, it should be noted that the company is transitioning into a branded retail model from a wholesale model and that might be a factor in this sort of performance.

On the other hand, the gross margins situation at the company did not improve in the fourth quarter either. The gross margins generated by Sundial before adjustments stood at a negative C$5.1 million. The company stated that lower revenues had one of the major factors behind the poor performance.

However, continued negative margins generation is something that investors are certainly going to keep in mind.

Last but certainly not least, the adjusted EBITDA for the fourth quarter came in at CA$5.6 million. It was higher than the EBITDA loss of C$4.4 million that the company suffered in the previous quarter. All these factors are enough to make investors ponder over the long-term prospects of Sundial.

Disclaimer: We hold no shares of SNDL stock.