The Strategic Side Gets Interesting for AURORA CANNABIS IN (OTCMKTS:ACBFF) 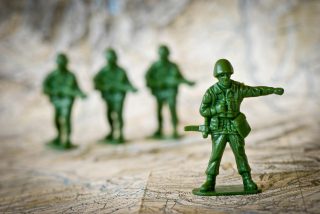 AURORA CANNABIS IN (OTCMKTS:ACBFF) is an interesting company in its own right. One look at the chart should convert the heathens on that note. But what is happening now is perhaps even more interesting as a narrative that sheds new light on the space: the company is effectively attempting a hostile takeover of another cannabis player.
The company announced this week that, “further to its press release of November 14, 2017, it intends to make an offer (the “Offer”) to purchase all of the issued and outstanding common shares (the “CanniMed Shares”) of CanniMed Therapeutics Inc. (“CanniMed”) (TSX: CMED) for consideration consisting of common shares of Aurora (the “Aurora Shares”).” This was further augmented by details suggesting that this action is happening despite resistance from the CanniMed Board of Directors.
AURORA CANNABIS IN COM NPV (OTCMKTS:ACBFF) is a licensed producer of medical marijuana pursuant to the Marijuana for Medical Purposes Regulations and operates a 55,200 square foot expandable state-of-the-art production facility in Alberta, Canada.
ACBFF’s wholly-owned subsidiary, Australis Capital Inc., seeks to be an active participant in the U.S. Cannabis market. Aurora is trading on the Canadian Securities Exchange under the trading symbol “ACB”. The company is headquartered in Vancouver, Canada.
According to company’s materials, “Aurora’s wholly-owned subsidiary, Aurora Cannabis Enterprises Inc., is a licensed producer of medical cannabis pursuant to Health Canada’s Access to Cannabis for Medical Purposes Regulations (“ACMPR”). The Company operates a 55,200 square foot, state-of-the-art production facility in Mountain View County, Alberta, is currently constructing a second 800,000 square foot production facility, known as “Aurora Sky”, at the Edmonton International Airport, and has acquired, and is undertaking completion of a third 40,000 square foot production facility in Pointe-Claire, Quebec, on Montreal’s West Island.
In addition, the Company holds approximately 9.6% of the issued shares (12.9% on a fully-diluted basis) in leading extraction technology company Radient Technologies Inc., based in Edmonton, and is in the process of completing an investment in Edmonton-based Hempco Food and Fiber for an ownership stake of up to 50.1%. Furthermore, Aurora is the cornerstone investor with a 19.9% stake in Cann Group Limited, the first Australian company licensed to conduct research on and cultivate medical cannabis. Aurora also owns Pedanios, a leading wholesale importer, exporter, and distributor of medical cannabis in the European Union (“EU”), based in Germany.”
Find out when $ACBFF reaches critical levels. Subscribe to OracleDispatch.com Right Now by entering your Email in the box below.

“While we have attempted to engage and have a constructive dialogue with CanniMed’s Board and management about the strong merits of our offer, their refusal to enter into such a discussion, along with the powerful strategic rationale for the combination, leaves us no recourse at this point but to launch a formal offer for the company,” said Terry Booth, CEO of Aurora. “We believe that CanniMed shareholders would benefit greatly from a combination, not only through the very significant premium we are offering for their shares, but also by participating in Aurora’s continued growth, which is well above our industry peers, and is based on superior business strategy and exceptional, industry-leading execution. We already have the support from a large percentage of CanniMed shareholders, and look forward to bringing this process to a positive conclusion for the benefit of our combined shareholders.”
According to the release, “The Offer will provide holders of CanniMed Shares with 4.52586207 Aurora Shares for each CanniMed Share, subject to a maximum of $24.00 per CanniMed Share (the “Cap Price”). If the market value for 4.52586207 Aurora Shares is more than the Cap Price (based on the 20-day VWAP of Aurora Shares on the earlier of the expiry date for the Offer and the date on which the conditions to the Offer have been satisfied), then Aurora will adjust the number of Aurora Shares offered as consideration in the Offer, such that the consideration payable for each CanniMed Share is equal to the Cap Price.”
The only further commentary we have here is on the game theory involved: It is a given that this is in Aurora’s interest and should be yet another strong catalyst. If it weren’t, the CanniMed board would be happy to oblige. In other words, Aurora is probably about to digest significant assets relevant to its core business “on the cheap” because the CanniMed shareholders are probably going to capitulate. In any case, it will be a very interesting narrative to track.
Earning a current market cap value of $1701.6M, ACBFF has a significant war chest ($159.8M) of cash on the books, which stands against virtually no total current liabilities. ACBFF is pulling in trailing 12-month revenues of $18.1M. In addition, the company is seeing major top-line growth, with y/y quarterly revenues growing at 386.5%. We will update the story again soon as developments transpire. Sign-up for continuing coverage on shares of $ACBFF stock, as well as other hot stock picks, get our free newsletter today and get our next breakout pick!
Disclosure: we hold no position in $ACBFF, either long or short, and we have not been compensated for this article.