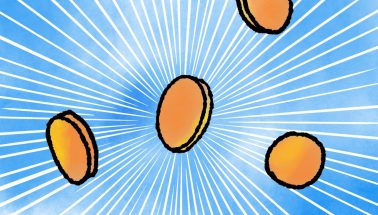 After the SEC Investor Bulletin regarding ICO’s on July 25, 2017 two publically traded OTC stocks were temporarily suspended and thrust into the spotlight.  In their bulletin they made the argument that if tokens are offered for sale and then can be resold on another virtual currency exchange or platform they may in fact be a security and subject to federal security laws. It’s pretty clear from this point forward that the SEC is intent on regulating ICO’s.
When Strategic Global Investments, Inc. (OTCMKTS:STBV) and CIAO Group (CIAU) started releasing details about their plans to pursue an ICO the stock market action was very favorable.  CIAU was trading at .05 before the announcement to pursue blockchain technology and over the course of 40 days hit a high of .50 before coming back down to .05 at the time of the suspension.  STBV which announced the swap of $50 million in Troptions cryptocurrency for public company stock was trading at .01 and flew to .14 in a matter of 4 days and was suspended after it retraced a little on day 5.
When STBV and CIAU got their suspension notices this could have been the SEC’s attempt at a shot across the bow to any companies looking to get into this space and circumvent the regulator process.  The other rationale can be seen when you connect the dots and follow the money and look who had the most to gain.  At first glance these announcements seemed well received by investors so it’s hard to see the logic behind the suspension.  However, when you look deeper into the SEC ‘s order you will see their focus was about the company maintaining current information.  Management had plenty of disclaimers regarding the ICO’s and plans to be current.  One company STBV actually stated that they would only be doing SEC compliant ICO’s.  Since the halt, STBV has still been trading on the Decentralized exchange know as the DEX.  The SEC is trying to “protect” investors but it seems like they are interfering with free market forces for price discovery.
Find out when $STBV stock reaches critical levels. Subscribe to OracleDispatch.com Right Now by entering your Email in the box below.