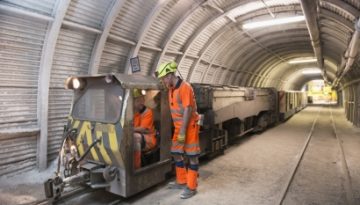 New Colombia Resources Inc (OTCMKTS:NEWC) is a micro-cap stock representing a Colombian company listed in the U.S. with metallurgical coal and medical marijuana companies based in Colombia. The stock has been up and down a mountain in the past 8 weeks, and is now in search of its next catalyst.

About a week ago, the company announced that their medical marijuana joint venture, Sannabis SAS, has redesigned some of their product line in preparedness for a massive domestic and international marketing campaign. Additionally, the Sannabis marketing team geared up for the Christmas Season with several promotions under way. So, the effort is there. Shareholders were also given a deeper look in a recent shareholder letter to close last week. We will take a gander at that below.

New Colombia Resources Inc (OTCMKTS:NEWC) promulgates itself as a company that engages in the acquisition, exploration, and development of metallurgical coal properties in Colombia.

New Colombia is focused on the acquisition and development of high-quality metallurgical coal properties and other available resources in the Republic of Colombia. They expect to have several revenue-producing businesses including; metallurgical coal mining and rock quarry aggregates for domestic Colombian highway and railroad building projects.

According to the company’s press materials, “New Colombia Resources, Inc. owns vast reserves of premium metallurgical coal mining titles and a medical marijuana joint venture in the Republic of Colombia. They are setting up a rock mining operation to supply the major road and infrastructure projects within miles of their properties. They own 100% of La Tabaquera metallurgical coal mine in Colombia with an estimated 15-17 million tonnes of reserves. They have an additional 1196 ha. Metallurgical coal mining title that they are negotiating to develop with a foreign entity to build a coal fired power plant. New Colombia Resources holds a significant position in Sannabis SAS which legally produces medical marijuana products in the Republic of Colombia.”

Find out when $NEWC stock reaches critical levels. Subscribe to OracleDispatch.com Right Now by entering your Email in the box below.

As noted above, the company’s President and Chairman, John Campo, just issued a letter to shareholders. It was an upbeat appraisal of the company’s prospects going forward, including some material information that has sparked interest in shares on the chart.

“I’m happy to report that we are finalizing agreements and contracts that will generate significant cash flow. I realize the extreme importance of being current with our SEC filings, our auditor, Malone Bailey in Houston, TX is currently reviewing our annual report. A conference call yesterday between our accountants and auditors identified some small requests by auditors that the accountants will provide and a filing is expected shortly thereafter. Company current assets, most liabilities, subsidiary ownerships, business plans, etc. are all in the audited 10K Annual Report filed last year. Before last year New Colombia Resources had never been not current and always filed in a timely manner. Our limited cash resources were used to build two businesses, mining and Medical Marijuana products in Colombia. Going forward as we generate revenue from several businesses, we don’t anticipate this happening again as we aim to trade on a higher exchange”

While the letter went on to cover some pitch materials on current operational pursuits, the key point here is that the company is planning on becoming current again with its financials. It’s been about 15 months since they filed a Notice of Late Filing. This would be a big step.

The chart shows 36% during the past week in terms of shareholder gains in the company. Market participants may want to pay attention to this stock. NEWC has a track record that includes a number of dramatic bounces. Furthermore, the company has benefitted from a jump in recent trading volume to the tune of 28% beyond its prior sustained average level.

Now commanding a market cap of $3.1M, NEWC has minimal cash on the books, which leans against an appreciable load ($315.8k) of total accumulated debt. That’s not a great balance sheet situation, and the numbers can hardly be trusted given the limited filing in the recent past.

However, companies like this usually start prepping to file only once the numbers are going to seem like good news. So, we may want to give them the benefit of the doubt until we see otherwise. After all, met coal and pot are perhaps the two hottest segments on the planet right now. As more color becomes clear on the name, we will review the situation and update our take. For continuing coverage on shares of $NEWC stock, as well as our other hot stock picks, sign up for our free newsletter today and get our next hot stock pick!