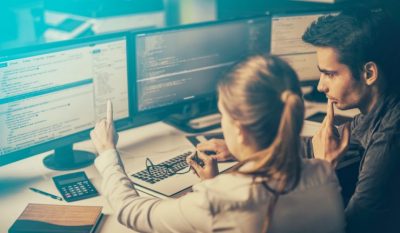 Spherix Inc (NASDAQ:SPEX) is on a tear right now – and hot new patent portfolio could propel Spherix much higher. The key to success for any IP commercialization company is having access to high-quality intellectual property that can be monetized quickly, and that’s something that New York-based Spherix Inc (NASDAQ:SPEX) now thinks it has. On June 20, the company announced that it had acquired a controlling interest in the biopharmaceutical company Hoth Therapeutics. And that was followed up by a letter from the company’s CEO to shareholders on June 27, outlining why this deal was going to put the company in a very attractive position moving forward.

Not surprisingly, investor interest surrounding Spherix Inc (NASDAQ:SPEX) has spiked dramatically as of late. Shares of the company are trading at $3.60, giving the company a total stock market capitalization of $30.10 million. Over the most recent 52-week period, shares of SPEX have traded as low as $0.83 and as high as $4.75. Over the past five trading sessions, shares of SPEX are up a spectacular 290.1%. On a YTD basis, shares are “only” up 241.34%, so it’s easy to see that almost all of the upward momentum surrounding SPEX has happened in just the past week after the Hoth Therapeutics deal.

The reason why investors are so excited about Hoth Therapeutics is because it is developing a potentially revolutionary BioLexa platform to treat skin illness such as eczema and other forms of atopic dermatitis. And it can do so without the use of traditional topical steroids. Thus far, there have been positive test results of BioLexa coming out of the University of Miami’s medical school.

Find out when $SPEX stock reaches critical levels. Subscribe to OracleDispatch.com Right Now by entering your Email in the box below.

But that’s just one reason why SPEX management is so excited about Hoth Therapeutics. The second reason is that SPEX suggests there will be a “dramatically shorter time frame for FDA approval” than originally thought. That’s because the new treatment is based on previously existing compounds that have already received approval. Moreover, Hoth is the exclusive licensee of this proprietary IP, meaning that it could have a very fast path to monetizing this intellectual property. In the letter to shareholders, SPEX management suggested that one possible exit option might be a sale of this advanced IP to a major pharmaceutical company.

And that really gets to the heart of what SPEX does. Although the company was founded as a scientific research company back in 1967, it is really just an IP company that owns both patented and unpatented IP. The company is a patent commercialization company, constantly looking for new ways to generate revenue from existing IP. There are three major ways that SPEX is able to monetize intellectual property: patent licensing, patent price arbitrage and distressed IP investing. Obviously, the most attractive path to value is the first one, in which Spherix sells or licenses existing IP.

Other than the Hoth Therapeutics portfolio, Spherix is also sitting on a portfolio of patents in fields as diverse as fiber optic technology and wireless communication. For example, on April 19, the company announced a new economic interest in a patent portfolio, in partnership with Equitable IP Corporation. As part of this arrangement, Spherix has access to 112 patents, largely unlicensed, in the fiber optic technology space.

Moreover, the company has several hundred patents related to wireless communication and telecommunications that it has acquired from Rockstar Consortium and Harris Corporation. These patents cover areas such as antenna technology, Wi-Fi, and cellular communications.

Going forward, investors should keep their eyes on potential exit options for Spherix. Remember – this is not a company that is going to develop any of its own original scientific research. Rather, it is waiting for Hoth Therapeutics to move forward with its potentially groundbreaking research in a treatment for eczema and atopic dermatitis. According to estimates, this is a potential $5.6 billion market opportunity by 2022, so it represents a very fertile opportunity for SPEX.

Until the Hoth Therapeutics deal, investors were getting impatient with SPEX and its plans to commercialize IP. The process just seemed to be taking too long. In June, total short interest in SPEX was 260,200 shares, representing about 5% of the stock’s total float. This was up slightly from the previous period. Clearly, investors were starting to position themselves for downward movement in SPEX.

But now it looks like SPEX has dramatically changed the narrative. The June 20 deal involving Hoth Therapeutics was followed a week later by a bullish letter to shareholders. And now it looks like the broader market is starting to notice. The time might be right to get into SPEX sooner rather than later. For more news on Spherix and other fast-moving penny stocks, please subscribe to OracleDispatch.com below.