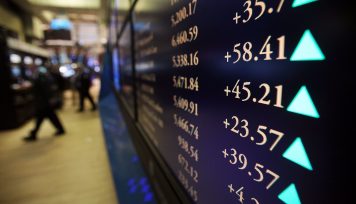 LITHIUM AMERICAS C COM NPV (OTCMKTS:LACDF) is part of the clear re-emergence of the lithium theme on the OTC. We went through this last year, mostly during Q2 of 2016, when we saw anything related to the space go crazy. The long-term argument has to do with lithium-ion batteries and projections that suggest a massive undersupply of lithium to fuel the rush anticipated to be associated with the electric vehicle revolution. With that said, this company just provided an update on its Lithium Nevada Project located in Nevada.
According to the release, ”the Company is developing the 100% owned Lithium Nevada Project, a clay-based lithium resource in the McDermitt Caldera, through its wholly owned subsidiary, Lithium Nevada Corp. (“Lithium Nevada”). Building on years of exploration and testing, a Preliminary Feasibility Study (the “PFS”) on the Lithium Nevada Project is expected to be complete by the end of Q2 2018 to demonstrate the economic potential of producing lithium hydroxide from lithium-bearing claystone.”
LITHIUM AMERICAS C COM NPV (OTCMKTS:LACDF) frames itself as a company that is developing the Cauchari-Olaroz lithium project, located in Jujuy province, Argentina, and the Lithium Nevada project (formerly Kings Valley project) in Nevada, U.S.A, with the intent to become a major supplier of lithium products. In addition, Lithium Americas is a supplier of specialty drilling additives, Hectatone and other organoclay products for the oil and gas and other industries.
LACDF is a resource player that engages in the acquisition, exploration, and development of mineral properties in Nevada. The company explores for lithium deposits. As noted above, the company primarily holds interests in the Cauchari-Olaroz Project located in Jujuy province of Argentina; and the Lithium Nevada Project covering approximately 15,233 hectares of area located in northwestern Nevada.
Find out when $LACDF stock reaches critical levels. Subscribe to OracleDispatch.com Right Now by entering your Email in the box below.

As noted above, LACDF is on fire, firmly caught up in the “gold rush” that is the lithium market at present. The company just hit the market with a positive update, and shares have responded, vaulting higher, capping off the stock’s recent two-month, 150% advance.
The company recently appointed Alexi Zawadzki as the President of North American Operations who will work alongside Dr. David Deak, President of Lithium Nevada and Chief Technical Officer of Lithium Americas.
“Supported by one of the strongest technical teams in the industry, we intend to develop the Lithium Nevada Project into a globally significant source of lithium,” commented Alexi Zawadzki. “Following the success of our partnership strategy with the Cauchari-Olaroz project in Argentina, we will continue to explore additional partnership opportunities for the Lithium Nevada Project with the goal of accelerating the timeline and lowering the development risk.”
Dr. David Deak added, “With considerable work invested in resource definition and process technology, we believe the Lithium Nevada Project has the potential to be a leading low-cost and large-scale source of lithium products in North America.”
The company also noted in its release that it had an approved budget of $10.5 million through to 2018 for the 100%-owned Lithium Nevada Project. That is likely the most important part of the release. Investors know they are speculating here, but no one wants to speculate on whether or not the funding is in place to allow the team to take a shot.
Recent action has seen 46% piled on for shareholders of the listing during the trailing month. The situation may be worth watching. LACDF is a stock whose past is littered with sudden rips. Moreover, the stock has benefitted from a jump in recent trading volume to the tune of 75% over what the stock has registered over the longer term.
At this time, carrying a capital value in the market of $518.5M, LACDF has a significant war chest ($64.9M) of cash on the books, which compares with about $225K in total current liabilities. LACDF is pulling in trailing 12-month revenues of $4.6M. In addition, the company is seeing recent top-line growth, with sequential quarterly revenues growing at 40.3%. We will update the story again soon as developments transpire. Sign-up for continuing coverage on shares of $LACDF stock, as well as other hot stock picks, get our free newsletter today and get our next breakout pick!
Disclosure: we hold no position in $LACDF, either long or short, and we have not been compensated for this article.