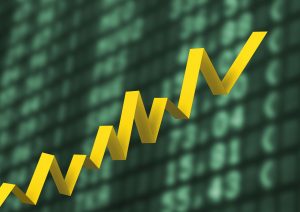 Solis Tek Inc (OTCMKTS:SLTK) started to trade last week with some liquidity for the first time in it’s history, on some previous days you had volume of only a few thousand shares trading. But in February SLTK shares increased volume, and in April you had real volume that attracted investors and trading algorithms which pushed these shares higher. Showing increased revenue was also an important catalyst.

Subscribe below and we’ll keep you on top of what’s happening before $SLTK stock makes its next move.

One of the transactions, an east coast manufacturing company, had an annual run rate approaching nine figures and 400+ employees at the time of his exit. Mr. Forchic brings national and international business experience and full spectrum business acumen along with experienced leadership skills to the Solis Tek management team.

Over the last 15 months Mr. Forchic has acted as senior advisor to Solis Tek’s Chief Executive Officer, and integrated himself into the agri-grow, hydroponic, and cannabis industry. Mr. Forchic obtained a BBA in Finance in 1988 from the University of Miami. Mr. Lien, co-founder of Solis Tek, Inc., took the additional title of Chairman in addition to his President duties and will focus his efforts on his greatest competencies in sales, commercial customer development, and new product/technology innovations.

Incoming CEO, Dennis G. Forchic, commented “Throughout 2016, Solis Tek’s revenues reached record levels as more states embraced legalized cannabis sales, driving commercial demand for indoor lighting equipment for cannabis cultivation. In addition to securing repeat sales from existing clients, we were pleased to sign new sales agreements with leading industry players such as DNA Genetics, a cultivator of diverse cannabis strains which has won 150 plus industry awards, and GrowBlox Sciences, Inc., a pioneer in the research and development of pharmaceutical-grade, cannabinoid therapies. GrowBlox Sciences, Inc. adheres to strict regulatory and safety standards to support its clinical trials and securing them as a client highlights our credentials as the industry-leading supplier of high quality, premium lighting products for cannabis cultivation. Our reputation for developing highly differentiated lighting products supported by unique and advanced technologies was further demonstrated when we won the DOPE Industry Awards for Best Lighting Company. We expect the ongoing evolution of the legal cannabis market to mobilize a growing network of credible producers of regulated, high quality cannabis which will continue to drive demand for our diverse range of ballasts, lamps and other lighting equipment throughout 2017.”

Solis Tek Inc. (OTCMKTS:SLTK) hired a communications expert recently which is a bit of a misnomer.

One question’s why they would need this in an era of rising prices for cannabis, but often these smaller companies get sold by a good salesman because they don’t understand how to utilize media. Larger companies may need brand managers and PR people but not a tiny cannabis company sitting on a rising sector. We will keep an eye on the progress of SLTK, we like what they are doing in the industry and the leadership role of CEO Forchic, the industry needs solid leadership as companies emerge from start up status. For continuing coverage on shares of $SLTK stock, as well as our other hot stock picks, sign up for our free newsletter today and get our next hot stock pick!