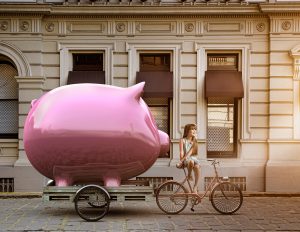 Solarwindow Technologies Inc (OTCMKTS:WNDW) is at it again. WNDW stock seems to have a penchant for spikes that soar above the $4/share level by a point or a few, and then come crashing back down under $4. We can count 6 such instances since 2010. This time around, we believe the cause of the slide in the past two days involves the revelation in the company’s recent update about a lengthy process that will take until the end of 2018 to get the ball rolling in its Triview partnership, with two capital raising events along the way.
That may have the market thinking two things: first, this is going to take longer than we thought to get new insight into the scalability of this technology. And second, we are looking at some new dilution. That second point should be considered in light of the company’s balance sheet, which is defined by roughly 10x debt to cash at present. That said, this is definitely an exciting technology. And if a breakthrough is on the way, shares will certainly be far above current levels “someday”.
Solarwindow Technologies Inc (OTCMKTS:WNDW) frames itself as a company that develops electricity-generating systems using see-through glass windows and flexible plastic products. It is developing SolarWindow electricity-generating systems that harvest light energy from the sun and artificial sources using a see-through, semi-transparent, and coating of organic photovoltaic solar cells.
WNDW is also involved in developing SolarWindowCommercial, a flat glass product for installation in new commercial towers under construction and replacement windows; SolarWindow Structural Glass, a structural glass walls and curtains for tall structures; SolarWindow Architectural Glass, a textured and decorative interior glass walls, room dividers, etc.; and SolarWindow Residential, a window glass for installation in new residential homes under construction and replacement windows.
Recently, the company achieved an important fabrication step. SolarWindow electricity-generating coatings were successfully processed through the rigorous autoclave system for window glass lamination at Triview, which really led to this deal.

Layered with SolarWindow coatings, glass modules were subjected to the extremely high heat and pressure of autoclave equipment located at Triview. Despite the harsh conditions, subsequent performance testing confirmed that SolarWindow modules continued to produce electricity, paving the way for today’s announcement and eventual deployment of the company’s electricity-generating glass products.

Find out when $WNDW reaches critical levels. Subscribe to OracleDispatch.com Right Now by entering your Email in the box below.

As noted above, the stock recently spiked and crashed around an update by the company. The update centered on the manufacturing, marketing and product fabrication targets for its electricity-generating products for tall towers and skyscrapers. According to the release, this update provides “further details about the company’s key in-place and planned initiatives for the upcoming quarters and follows on the heels of its recently announced production agreement with Triview Glass Industries LLC, an award-winning custom fabricator located in suburban Los Angeles.”
“Our first goal was to invent transparent liquid electricity-generating coatings for commercial use,” states Mr. John Conklin, President and CEO of SolarWindow Technologies. “Now, our goals are to turn those inventions into fabricated commercial products and bring those products to market in order to turn entire buildings into vertical power generators.”
However, also as noted above, the company is planning two phases of capital raising before it will be able to present unequivocal proof of concept to the market in terms of true scalability of the technology. That keeps this stock firmly in the realm of the speculative, which is defined as below $4/share at this point, or so it would appear. In any case, it remains an extremely interesting trading vehicle that may someday evolve into something more.
In addition, it should not be overlooked that we are dealing with a relatively small float size in the stock (roughly 20M shares). Traders should not overlook this as it comes in combination with a recent jump in average trading volume. That’s a combustible recipe for a stock like this.
Earning a current market cap value of $124.9M, WNDW has a chunk ($271K) of cash on the books, which must be weighed relative to about $2.9M in total current liabilities. One should also note that debt has been growing over recent quarters. The company is pre-revenue at this point. This is an exciting story, and we look forward to a follow-up chapter as events transpire. Sign-up for continuing coverage on shares of $WNDW stock, as well as other hot stock picks, get our free newsletter today and get our next breakout pick!
Disclosure: We hold no position in $WNDW, either long or short, and we have not been compensated for this article.