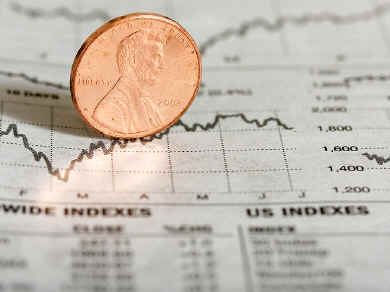 PositiveID Corp (OTCMKTS:PSID) is a penny stock that’s been on a roller coaster ride in recent days after their release of a key white paper that suggests device technology with proof of concept on field detection of Zika Virus. The market is trying to figure out whether or not this is a game changer as it also digests new quarterly financial results for the company.

Recent action has seen just under 280% added to share values of the stock over the past week of action, but that move comes in the context of a larger bearish trend. However, PSID has a track record that includes a number of dramatic bounces. In addition, the stock has seen an influx in interest of late, with the stock’s recent average trading volume running just under 800% beyond its prior sustained average level It pays to take note of this fact with the stock trading on a float that is tight at just 24.07M shares. As savvy traders are well aware, a mechanically driven price squeeze can result from this type of mix of small float and ramping attention from traders.

PositiveID Corp (OTCMKTS:PSID) frames itself as a company that develops and sells molecular diagnostic systems for bio-threat detection and rapid medical testing.

The company focuses on microfluidic systems for the automated preparation and performance of biological assays to detect biological threats at high-value locations and analyze biological samples at the point of need. It has a portfolio of intellectual property related to sample preparation and rapid medical testing applications.

The company’s M-BAND technology is a bio-aerosol monitor with integrated systems for sample collection, processing, and detection modules. M-BAND technology analyzes air samples for the detection of pathogenic bacteria, viruses, and toxins for up to 30 days.

Find out when $PSID stock reaches critical levels. Subscribe to OracleDispatch.com Right Now by entering your Email in the box below.

According to the company’s press materials, “PSID is a life sciences tools and diagnostics company with an extensive patent portfolio. PositiveID develops biological detection and diagnostics systems, specializing in the development of microfluidic systems for the automated preparation of and performance of biological assays. PositiveID is also a leader in the mobile technology vehicle market, with a focus on the laboratory market and homeland security.”

The Zika detection is one major potential catalyst for the company at present: “Testing for Zika virus and other disease outbreaks quickly and cost-effectively at the point of need is critical for stopping further transmission,” stated William J. Caragol, Chairman and CEO of PositiveID.  “Unfortunately, as is often the case, because lab-based testing demands both significant time and financial resources, many people are not being tested at the point of need, allowing the spread of an infection to continue.”

However, the company also just announced quarterly numbers, where it reported revenue of $1.1 million and $2.5 million for the three months ended September 30, 2016 and 2015, respectively.

The takeaway is really that the quarter isn’t going to be taken as a major positive, but also wasn’t as bad as it may have looked on the surface. In addition, any in-roads to field detection of Zika could warrant a much larger market response ahead.

Earning a current market cap value of $0.5M, PSID has a decent store ($192.00k) of cash on the books, in a pool of total assets a bit less than $2.9M, which is balanced by an appreciable load ($7.27M) of total accumulated debt. There are some new working parts here and the potential for a momentum move higher if the stars align just right. We will be watching closely and plan to update the story again soon. For continuing coverage on shares of $PSID stock, as well as our other hot stock picks, sign up for our free newsletter today and get our next hot stock pick!