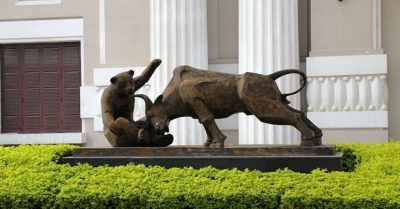 Novavax, Inc. (NASDAQ:NVAX) has finally stung together a few positive months. What started with a horrific week back in September 2016 (where Novavax’s shareprice dropped from a high of $8.49 to a low of $1.16), turned even uglier and the downward decline continued reaching a low of $0.73 on May 8th 2017. Since that date however, we have witnessed a well overdue recovery as the price shot up dramatically back to over the one dollar range, hitting a peak of $1.20 on May 15th. and recapturing the 50MA line. The price consolidated for the following few weeks but is back on the uptick closing at $1.19 on June 22nd.

Find out when $NVAX stock reaches critical levels. Subscribe to OracleDispatch.com Right Now by entering your Email in the box below.

Research and development expenses decreased 45% to $37.7 million in the first quarter of 2017, compared to $69.0 million for the same period in 2016. The decrease was primarily due to reduced costs associated with the clinical trials and development activities of their RSV F Vaccine and lower employee-related costs.

“We continued to make significant progress in the execution of our two key clinical trials of our RSV F vaccine for both infant via maternal immunization and in older adults. We’ve also been in discussion with the FDA about conducting an informational analysis of the Prepare trial that would provide an indication of our vaccine’s potential efficacy. From these discussions, we believe we can conduct this analysis in late 2017. In addition, we are seeing the continued adoption and use of our proprietary adjuvant, Matrix-M, in a number of internal and partnered programs.”

In other news, this month on June 7th, Novavax, Inc. (Nasdaq:NVAX) announced that data from the second of two Phase 2 trials of its RSV F protein recombinant nanoparticle vaccine candidate (RSV F Vaccine) in women of child bearing age have been published in the journal Vaccine (the data contained in this publication have been shared in prior scientific conferences). The Company previously announced top line results from this trial in April 2014. Novavax is developing the RSV F Vaccine with the goal of protecting infants from RSV disease.

After an abysmal 9 months on red days, there is once again rays of light for Novavax, Inc. (Nasdaq:NVAX), buoyed by positive first quarter results and significant progress in key clinical trials there is a lot of positive sentiment surrounding this biotechnology company. For continuing coverage on shares of Novavax stock, as well as our other breakout picks, sign up for our free newsletter today and get our next hot stock pick!