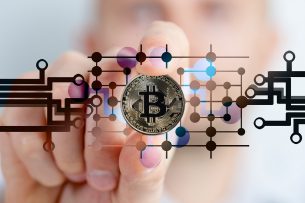 BITCF is now in a precarious place and will probably move to the gray market after it is allowed to resume trading in early September. BITCF traders will now be mired in regulation if they want to engage in trading.
The halt comes after First Bitcoin went to a $3.15 high on Aug. 14, 2017, up from a 41-cent low just four days earlier. The stock had substantial volume (over 13 million shares on two days) as it went to that high. There was no news to account for the rise.
In halting the stock, the SEC also undoubtedly looked at First Bitcoin’s most recent news release, which is far from ordinary. In that release, dated Aug. 2, the company said that it would be paying a dividend, of sorts. It claimed that it would pay the dividend using something called a TeslaCoilCoin. (A TeslaCoilCoin is one of the many virtual currencies in existence. It is named for Nikola Tesla, the Serbian-American inventor.)
First Bitcoin claimed to have 20 million of these TeslaCoilCoins, which it said were worth 54 cents each. Assuming this were correct, the dividend would have amounted to $10.8-million, or the equivalent of about four cents per share. The “historic dividend” was to be paid on Sept. 29, 2017. With the SEC’s halt, it is not clear if the “dividend” will go ahead.
In another part of the halt order the SEC described First Bitcoin as a Vancouver company. It did so despite the fact that the company’s chief executive officer, Greg Rubin, is a California dentist. Other members of its management look to have ties to Israel. There is, however, one clear Vancouver connection. The company’s address is on Pender Street in downtown Vancouver. In fact, the address is that of Presidents Corporate Group Inc., a private entity that describes itself as a merchant banking firm.
FIRST BITCOIN CAP COM NPV (OTCMKTS:BITCF) is seemingly the first in a series of moves that may come against cryptocurrency before the end of this year, but this is speculation. To be fair, BITCF made some poor moves regarding transparency and the SEC could no longer stand by idly. Currently, BITCF has a market cap of 540.72M and 302.08M shares out. Sign up for continuing coverage on shares of $BITCF stock, as well as our other hot stock picks, get our free newsletter today and get our next breakout pick!
Disclosure: We hold no position in $BITCF, either long or short, and we have not been compensated for this article.