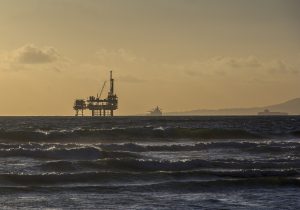 Seadrill Ltd (NYSE:SDRL) is one of number of offshore oil drillers who are seeing tough times. SDRL filed for bankruptcy protection in the Southern District of Texas on Sept. 13 after reaching an agreement with its creditors and seems to have an ample backlog of contract work due in the short term – an estimated $1.9B. Yet, there is some uncertainty regarding long-term gains here.

All that said, traders feasted on SDRL yesterday rocketing the price up more than 30%. Essentially, buying the dip from the bankruptcy news knowing that this company is pretty solid until year end and could make traders some gains coupled with a strategic exit plan.

Find out when $SDRL reaches critical levels. Subscribe to OracleDispatch.com Right Now by entering your Email in the box below.

SDRL recently completed the amendments to three secured credit facilities that extend the maturity dates by two and a half years. Because of that, the company deemed that its financial situation was on solid enough footing to reinstate its quarterly distribution. Though, that decision might come back to bite the company if it can’t add to its backlog, especially considering it still has $2.7 billion of net debt outstanding.

Seadrill Partners has 11 vessels in its fleet. While contracts also underpin most of those rigs, the average remaining length is just one and a half years while the total revenue left in the backlog is only $1.9 billion, as stated above.

While, on the 15th of this month, according to Seadrill’s reporting on the topic, SDRL filed banruptcy protections that will inject $1 billion of new money into the company under a prearranged plan of reorganization. Under the proposal, lenders will extend the maturity on $5.7 billion in debt with no amortization payments due until 2020. Additionally, the company will get a new $1 billion capital injection in the form of $860 million in secured notes and $200 million in equity. Bondholders will be converted into a 15% pro forma ownership stake in the restructured company – if they sign up.

“The deal gives us a great liquidity cushion,” allowing Seadrill to survive the “mother of all downturns,” CEO Anton Dibowitz said by phone. The new capital is “underpinned” by top shareholder Hemen Holding Ltd. and more than 40% of bondholders support the plan along with 97% of Seadrill’s secured bank lenders, he said. Dibowitz expects more bondholders to sign up to the deal.”

Seadrill Ltd (NYSE:SDRL) is part of the dark waters spreading across the offshore oil industry. This deal for SDRL only pushes back the timeline but does not change the foundations of the company’s core problem. SDRL has $149.90M in market cap and 504.44M in outstanding shares. Sign-up for continuing coverage on shares of $SDRL stock, as well as other hot stock picks, get our free newsletter today and get our next breakout pick!

Disclosure: We hold no position in $SDRL, either long or short, and we have not been compensated for this article.