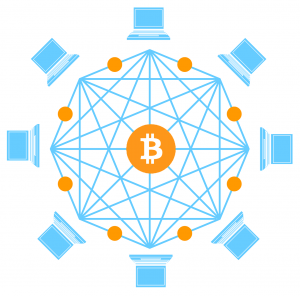 Santo Mining Corp (OTCMKTS:SANP) launched upward today in record fashion – closing the day up 71% as one of the biggest movers on the OTC. SANP took this jump with no news on the wire, so many are speculating that more news is coming on the horizon related to their cryptocurrency operation. Either way, the volume for SANP has been astounding – reaching 1.6 billion.
SANP, also called PODWERKS, runs a co-working space for cannabis entrepreneurs in the US. What really fully lit the flame here was a deal to merge with Canoe Pool seeing the two companies join forces to expand Canoe Pool’s bitcoin mining operation. Mr. Frank Yglesias CEO of Santo Mining stated; “we will be building a new company focused on cryptocurrency mining and cryptocurrency transactions. This is just the tip of the iceberg, and during the weeks and months to come there will be many new changes and developments for Santo Mining.”
Santo Mining Corp (OTCMKTS:SANP) is a stock that we recently noted as “now doing business as PODWERKS, which is a co-working space for cannabis entrepreneurs in the United States, providing the necessary framework to grow, market, and sell all cannabis-related products.”
According to company materials, “Santo Mining Corp, a publicly traded company in the Over-the-Counter (OTC) market. It currently trades under the ticker symbol SANP. From 2012 to 2015 SANP was an analog mining company in Latin America focusing on gold mining. In April of 2015, it merged with Cathay Cigars of Asia an online bespoke cigar company focusing in the China cigar market, in February of 2017 the company started developing grow pod using remanufacture shipping containers. The company presently is focusing exclusively in Digital mining of cryptocurrencies.”
Find out when $SANP reaches critical levels. Subscribe to OracleDispatch.com Right Now by entering your Email in the box below.

The corporate update in mid-November is what changed the game for SANP. Here are some important snippets from the press release that outlined the moves, SANP pinpointed three phases:
The first phase is the development and implementation of Canoe Pool America’s Pool management system. Which is currently moving ahead as planned.  This consists of the development of a Bitcoin BTC mining pool management software server for mining hardware systems owned and operated by Canoe Pool America and independent miners to be managed by Canoe Pool America.  This mining pool management software is for the tracking and payout among other management controls of mined Bitcoin BTC blockchains.  The ETA of completion is year-end 2017.  Currently, the Company has shipped 10 systems that will arrive between 7 to 10 days.  The systems are 4-E9, 2-BlackTigerSharks, 2-Bitmain S9 & 2-Ebang; once arrived in America our CTO Mr. Bansbach will be doing beta testing on power consumption, heat dissipation & hash mining time rate, including synchronization of the mining pool management software. Once we have established a baseline, we will move forward in the initial purchase order of 100 to 200 machines for the Canoe Pool America mining location, to be announced in the very near future.  The goal is to have over 2,000 owned and operated hardware mining systems, by today’s Bitcoin BTC value the monthly profit for each mining system is between $380 to $420.
The second phase will be the development of Bitcoin Cash BTH mining pool management server for the mining of Bitcoin Cash BTH by Canoe Pool America; the ETA is middle to end of Q1 2018.  Bitcoin Cash is a new hard fork and this fork has a change to the decentralized currency’s consensus rules and aims to upgrade the network’s Difficulty Adjustment Algorithm (DAA), making mining much faster to achieve rewards.
The third phase will be intended to assess current business facts and leverage the knowledge gained over the past half year of Canoe Pool America mining operation to capture any material value-enhancing opportunities in preparation and approval of a joint venture between both companies.
Holding a market cap of $3.71M, SANP is now in a hot sector and these kinds of days are expected. SANP will now see some interesting volume based on the cryptocurrency craze and as these new mining operations color out. Sign-up for continuing coverage on shares of $SANP stock, as well as other hot stock picks, get our free newsletter today and get our next breakout pick!
Disclosure: we hold no position in $SANP, either long or short, and we have not been compensated for this article.