What a Run on Neovasc Inc (US) (NASDAQ:NVCN) 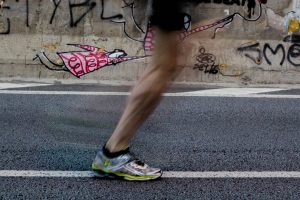 Neovasc Inc (US) (NASDAQ:NVCN) is a hot biomedical stock that is making many traders hearts race. If you could get in early on a medical device company with a lead asset that’s prime for commercialization, a partnership with a top-tier medical player, and a quality balance sheet, you’d probably take that opportunity.

That’s why investors are piling into Neovasc Inc (US) (NASDAQ:NVCN), a specialty medical device company from Canada that develops, manufactures and markets products for the cardiovascular marketplace.

Neovasc Inc (US) (NASDAQ:NVCN) shares of are currently trading at $1.77, giving the company a market cap of $152.27 million. Over the most recent 52-week period, shares have traded as low as $0.37 and as high as $4.40. The real action, though, has occurred since the beginning of December.

On November 30, shares of the company were trading at $0.512. At that time, the company was facing substantial legal liabilities due to a competitor company that accused it of stealing trade secrets, and even the optimists thought that NVCN was a potential bankruptcy candidate.

By December 6, though, shares were trading around $2.42. During the week, the courts ruled that the company still owed $91 million to CardiAQ over a patent dispute case involving a transcatheter mitral valve implant device (TMVI), which Neovasc has branded as the Tiara. But here’s the important part – the courts also cleared up all the class action lawsuits that surrounded that initial ruling and they also said it was OK for NVCN to proceed with the commercialization of the Tiara.

Find out when $NVCN stock reaches critical levels. Subscribe to OracleDispatch.com Right Now by entering your Email in the box below.

And then came the really big news – medical giant Boston Scientific Corp. announced that it would invest $75 million into the company: $67.9 million in cash for the company’s tissue processing technology and facility, and another $7.1 million for a 15% equity stake in the company.

As soon as Boston Scientific Corp. announced the cash infusion on December 2, shares of NVCN shot up 135% on the news. Here’s the big picture — NVCN already had about $25 million in cash as of 3Q 2016. So, combined with the $75 million from Boston Scientific, that gives the company $96 million — just enough to cover the $91 million patent dispute case and still leave the company some runway to develop the Tiara.

The company actually has three products. One is the Tiara, which is still in early-stage development, but now is cleared for commercialization. Another product is the Neovasc Reducer for the treatment of refractory angina. And the third is Peripatch, a biological tissue product manufactured from pericardium.

Right now, the Reducer, an hourglass-shaped, balloon expandable, stainless steel, bare metal device, is the lead product and the one that’s been posting some impressive sales growth. From 3Q 2015 to 3Q 2016, for example, sales of the Reducer increased from $160K to $262K.

But the big technology product everyone is focused on is Tiara. According to some estimates, this transcatheter treatment for mitral valve disease could be an $9 billion market opportunity. (No wonder CardiAQ was putting all its best lawyers on this!)

And now there’s one more catalyst that has investors gearing up for more movement in NVCN – the release of 4Q and fiscal 2016 financial data on March 23. The company also has scheduled a conference call to coincide with the release of the numbers, and that has some speculating that NVCN management might be ready to release more good news — or at least some kind of catalyst that will take the stock higher. Investors are already starting to pile in, excited by what might come next. The caveat, however, is that the stock could sell off if nothing big is announced.

But it’s easy to see why NVCN is a real rocket ship of a stock. Over the past six-month period, it’s up 264.66%. It just got a $75 million cash infusion from a major medical partner. And it has cleared up all the legal liabilities that were hanging over the stock and suppressing another major move upward. So March 23 could prove to be an important entry point for investors – either get in now ahead of a move upward, or wait until later and capture only a small part of the move. For more news on Neovasc Inc (US) (NASDAQ:NVCN) and other fast-moving penny stocks, please subscribe to OracleDispatch.com below.