Where the Rubber Meets the Road for MMEX Resources Corp (OTCMKTS:MMEX) 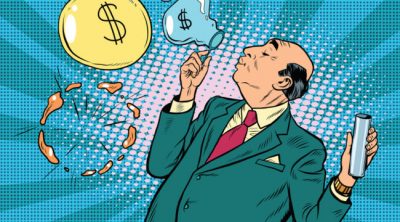 MMEX Resources Corp (OTCMKTS:MMEX) is destined to be a divisive penny stock story until one side or the other is proven correct. On one side, there are those who would have you believe that this is a simple, straightforward refinery play in the making. On the other side, there are folks who see a familiar pattern that seems destined to end in tears for those who get hooked in for the ride.

We have covered this play a few times, and the reader might thus be aware that we fall into the latter camp at this point. While a strong refinery operation near a prominent shale source in Pecos County, Texas, might work out, the plan being put forth here for something that will entail the deployment of nearly a half of a billion dollars in initial fixed cost investment before one penny can be made seems unlikely considering the principals haven’t yet raised any money and have already engaged in a ton of dilutive share creation. The pattern here is one we have seen before, and it usually doesn’t end well for those who “chase the rips”.

MMEX Resources Corp (OTCMKTS:MMEX) casts itself as a mining development Company leveraging global demand for mining assets located in the Americas. The company was formed to engage in the exploration, extraction, refining and distribution of oil, gas, petroleum products and electric power.

MMEX focuses on the acquisition, development and financing of oil, gas, refining and electric power projects in Texas, Peru, and other countries in Latin America.

The company’s management team apparently has extensive experience with natural resource project development and project financing in North and South America. MMEX is initially focusing on opportunities in Colombia and Peru. Moreover, MMEX Resources Corporation focuses on the exploration, extraction, refining, and distribution of oil, gas, and petroleum products in the United States and Latin America. It also intends to provide electric power.

Subsequently, the Company amended its articles of incorporation to change its name to MMEX Resources Corporation and to authorize the Company to issue up to 3,000,000,000 common shares and 10,000,000 preferred shares. We have seen massive and dilutive share creation in this stock already, and we have strong reason to believe that will only accelerate from here.

Find out when $MMEX stock reaches critical levels. Subscribe to OracleDispatch.com Right Now by entering your Email in the box below.

As noted above, MMEX is going to be a polarizing topic for OTC market participants. And one can see why: for some, the stock has already been an extremely profitable play, and many who have caught some big movement here are likely still exposed, and maybe even averaged up during the big spike above a nickel/share. Such folks will not want to hear about the compelling red flags coming into view with this narrative.

To stoke the flames of loyalty for these position-holders, management has started to file 8k’s and put out press releases highlighting their progress toward breaking ground on the refinery. As we noted last time, it’s important to sniff at these filings and releases – do the smell test. In this case, the big criteria is about spending real money – does the news tell of an expense paid?

In the latest example, the answer is “No”. It’s an update on progress in the form of an 8K, and it outlines six steps taken, including the most recent, which is the announcement that the company “entered into a Master Services Agreement with Trinity Consultants, Inc. (“ Trinity”) engaging Trinity to file and process the necessary Texas Commission of Environmental Quality (TCEQ) and EPA Region 6 Prevention of Significant Deterioration (PSD) /New Source Review (NSR) Construction Permit and Title V Federal Operating Permit which, if successful, would give MMEX the governmental permissions to build its proposed $450 million, 50,000 barrels per day capacity crude oil refinery in Pecos County, Texas (the “ Refinery Transaction” or the “Project”).”

None of the six represent anything that you could not have done at home or over the phone, with no credentials, experience, capital, or real intent to ever break ground. All six points are “discussions” or contingent half-agreements. And all have an extended time period before the relevant counterparty might force MMEX to get more concrete or to have and use cash resources. For example, the land involved is tentatively part of a purchase agreement. But the closing date is not for another four months, and that can surely be extended if necessary.

That said, it’s not entirely impossible that the company is going to find someone who will lend them the money. But, as noted above, we would need to see steps being taken that don’t also perfectly fit the pattern of what someone would do if they were simply going through the motions of a performance for the sole purpose of roping in unsuspecting novice investment money in something that never blossoms into any type of true operations.

Now commanding a market cap of $69.2M, MMEX has virtually no cash on the books, which must be weighed relative to about $734K in total current liabilities. The company is pre-revenue at this point. You can bet we will update this one again as new information comes into view. For continuing coverage on shares of $MMEX stock, as well as our other hot stock picks, sign up for our free newsletter today and get our next hot stock pick!