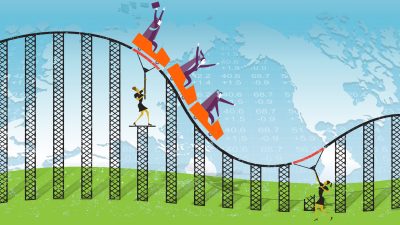 Q BioMed Inc (OTCMKTS:QBIO) has had a mixed year so far. Positive investor sentiment saw parabolic gains in the first two trading days of the year reaching a high of $12.61. From then on, it was strictly downhill for the biomedical company’s stocks as the descent continued deep into February with a small rally that quickly petered out before heading into mid-March. Once again the stock took off to hit $7.90 at the end of March only for the bears to return and drive the price down to a new low for the year of $3.19 last week. The week finished with continued bullish activity closing at $4.38 on June 13th.

QBIO is a biomedical acceleration and development company that is focused on licensing and acquiring undervalued and under-appreciated biomedical assets. Their vision is to create a pipeline of innovative biomedical assets in various stages of development in multiple therapeutic areas. The strategy aims to minimize risk, share success and accelerate their assets’ technologies to monetization. This is achieved by targeting assets entering validation, clinical stages or commercialization leading up to value creating inflection points; deploying performance-based capital and resources to accelerate the development of an asset milestone achievement by its management, and also licensing or acquiring assets to generate growth in valuation.

Q BioMed Inc (OTCMKTS:QBIO) closed on its final tranche of a $4,000,000 funding two months ago that was initially agreed on November 30th last year. This boost in capital has been used to commercialize their first asset, Strontium Chloride 89 injection (SR89), which is for bone pain palliation, providing long-lasting relief for patients suffering from debilitating bone pain due to metastatic cancer, typically caused by advanced-stage breast, prostate or lung cancer. This brings hope to around 700,000 people who are diagnosed with liver cancer annually throughout the world with approximately 600,000 dying from the condition per annum. The funding will also be used for developing other assets in their drug pipeline. On June 7th the company announced that it has initiated production of Strontium-89 Chloride, their ability to move so quickly to this stage has caught the attention of the market.

Find out when $QBIO stock reaches critical levels. Subscribe to OracleDispatch.com Right Now by entering your Email in the box below.

Denis Corin, CEO of the Company said, “This is a major milestone in our short history. We are very excited to bring this product to market less than one year after finalizing the licensing agreement. There is an acute demand for an affordable and effective alternative to opiate based drugs in this patient population. We know this proven drug is effective and well tolerated with limited side-effects. We look forward to making it available as widely as possible and as quickly as possible. We believe there is significant opportunity to build this franchise and expand the revenue opportunity associated with it.”

Another area Q BioMed Inc. (OTCMKTS: QBIO) is focused on is in pediatrics. On April 25th, the biomedical company announced that both them and ASDERA LLC have been granted a licensing agreement that provides QBIO with the worldwide exclusive rights to ASDERA’s ASD-002, which is being developed to treat a rare pediatric nonverbal disorder. This gives QBIO global rights to develop and commercialize the drug in the rare pediatric disease market. More than 20,000 U.S children are diagnosed with this nonverbal disorder (meaning they are unable to speak). The estimated cost to the US healthcare system and lost productivity is estimated at 200 billion dollars as each patient can cost $10 million dollars upwards for assisted living services and treatment costs.

Q BioMed Inc. (OTCMKTS: QBIO) has many interesting projects in the pipeline and their staff’s ability to get things moving out from the planning phase into production quickly shows the ambition of the company. After heavy sell offs throughout the year and being relatively priced, this could be one to keep an eye out for. For continuing coverage on shares of Q BioMed stock, as well as our other breakout stock picks, sign up for our free newsletter today and get our next hot stock pick!