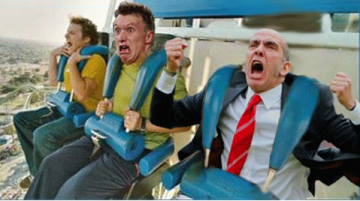 Innovus Pharmaceuticals, Inc. (OTMKTS:INNV) has been on quite an adventure over the past two weeks. INNV stock first launched up over 100% higher (using intraday prices) on news that the company’s treatment for Female Sexual Dysfunction (FSD), which allows women to increase their sexual desire, had received the green light to be commercialized in all member-states of the European Union.

Innovus Pharmaceuticals, Inc. (OTCMKTS: INNV), a pharmaceutical company, engages in the commercialization, licensing, and development of non-prescription medicine and consumer care products in the United States.

INNV also has a number of product lines gestating in the pipeline, including FlutiCare, an over the counter drug for Rhinitis; Urocis for urinary tract infection; and AndroVit, a proprietary supplement to support overall prostate and male sexual health.

In response to the company’s recent surge in topline growth, INNV investors have been rewarded by upgrades to future outlooks by both SeeThruEquity and Zack’s research. Price targets now reach as high as $1/share and above.

In step with this shift in sentiment, INNV’s shares have been locked in a powerful upward trend since May of this year, advancing as much as 400% at one point, before diving 50% in August.

Find out when INNV stock reaches critical levels. Subscribe to OracleDispatch.com Right Now by entering your Email in the box below.

As noted above, INNV stock got crushed on Thursday in response to a major offering to fund the company’s future efforts.

According to the release, “the estimated net proceeds to the Company are expected to be approximately $3.3 million, excluding the proceeds, if any, from the exercise of the warrants. Innovus intends to use the net proceeds from this offering primarily for the commercial launch of FlutiCare™, if approved by the FDA, working capital and general corporate purposes, including sales and marketing activities, product development, capital expenditures, the repayment of certain debt of the Company and product acquisitions and product licenses.”

The chart shows a dump of -30% in the past month. INNV is a stock who’s past is littered with sudden rips, and this should effectively constitute the idea of bad news now being out of the way, so it may pay to keep an eye on this stock.

Moreover, the listing has seen interest climb, with an increase in recent trading volume of greater than 540% beyond what we have been seeing over the larger time frame. This should not be overlooked due to the rather limited float size in the stock (roughly 78M shares). One is wise to respect the dynamic this may create — a jump in average daily transaction volume in a stock with a restricted float can unleash fireworks as supply is squeezed.

INNV has a bankroll ($830K) of cash on the books that will swell as proceeds are taken in from the offering. The company is also light on immediate liabilities, which is good. INNV is pulling in trailing 12-month revenues of $4.8M. In addition, the company is seeing major top line growth, with y/y quarterly revenues growing at 863%, which is obviously spectacular. All in all, this may be a very interesting story and we will look forward to updating it again soon. For continuing coverage on shares of INNV stock, as well as our other hot stock picks, sign up for our free newsletter today and get our next hot stock pick!