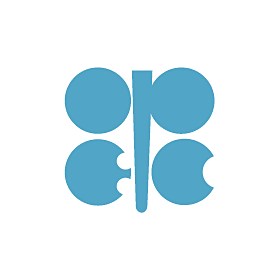 Rex Energy Corporation (NASDAQ:REXX) looks like a undervalued (cheap) oil play at this level. The oil market has given REXX a boost after an improved oil price outlook following last weeks OPEC production announcement. Analysts have raised the price target on Rex Energy to $1.04, which represents a 76% higher price from current levels. Shareholder sentiment remains high as price, stock mentions and market sentiment are all rising due in part to the OPEC news announcement.

OPEC agreed for the first time in eight years it would lower output to reduce supply. It remains to be seen what will actually come of the global oil supply, but none the less this news as been a boost in the near term for oil and oil related stocks. REXX also made news of its own this week.

“We appreciate the support of our bank group as we continue to execute on our strategy of maintaining liquidity and financial flexibility,” said Tom Stabley, Rex Energy’s President and Chief Executive Officer. “The reaffirmed borrowing base, along with the various transactions we have completed over the past year, allows us to continue our operational plan of having our core Appalachian Basin acreage held by production by mid-2017.”

Find out when $REXX reaches critical levels. Subscribe to OracleDispatch.com Right Now by entering your Email in the box below.

Rex Energy Corporation (NASDAQ:REXX) is an independent oil, natural gas liquid (NGL) and natural gas company. The Company has operations in the Appalachian Basin and Illinois Basin. In the Appalachian Basin, the Company is focused on its Marcellus Shale, Utica Shale and Upper Devonian (Burkett) Shale drilling and exploration activities. In the Illinois Basin, the Company is focused on its developmental oil drilling on its properties. The Company owns an interest in approximately 1,820 oil and natural gas wells.

Rex Energy operates and has a 70% working interest in the Butler Operated Area which is prospective for liquids-rich gas from the Marcellus Shale and the overlying Upper Devonian Burkett shale. In addition, Rex Energy has a 100% working interest in ~207,000 net acres that was recently acquired, which is prospective for the Marcellus Shale, Upper Devonian Shale and Utica Shale.

The natural gas produced in this area of the play has a BTU content of approximately 1,230 and 1,300 BTU in the northwest portion of Rex Energy’s Butler Operated Area. This requires the gas to be processed through a cryogenic plant to make the gas pipeline-ready by separating the butanes and propanes from the natural gas stream. The natural gas liquid content of the Marcellus in Butler County commands a price premium to dry Marcellus gas in other areas of the Appalachian Basin.

The real catalyst for REXX stock price is rebounding oil prices, if global supply is actually cut in November look for oil to rebound the last quarter of the year, and REXX could move much closer to its price target. We are watching this one close and will keep you updated on the developments. For continuing coverage on $REXX and our other fast moving picks, sign up for our free newsletter today and get our next hot stock pick!