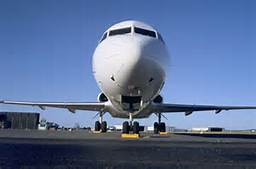 Republic Airways Holdings Inc. (OTCMKTS:RJETQ) is a micro-cap stock that’s clearly begun to spur some interest among players in the marketplace as shares break to the downside out of the stock’s recent range. The ostensible catalyst is clearly the company’s recent quarterly report, only notable for its excessive loss of ($366.7 million) total, or ($7.20) per share, compared with a profit of $2.9 million, or $0.06 per share, in the same quarter of 2015).

Traders will note a decline of more than -30% beaten out of share values of the stock over the past week of action. The situation may be worth watching. RJETQ stock has a past littered with sudden rips. In addition, the stock has seen interest climb, with an increase in recent trading volume of 26% above the average volume levels in play in this stock over the longer term.

Republic Airways Holdings Inc. (OTCMKTS:RJETQ) is an airline holding company that owns Republic Airline and Shuttle America Corporation. The Company trumpets itself as a provider of scheduled passenger services.

The airlines offer approximately 1,000 flights daily to 105 cities in 38 states, Canada, the Caribbean, the Bahamas, and Mexico through Republic’s fixed-fee codeshare agreements under our major airline partner brands of American Eagle, Delta Connection and United Express. The company was founded in 1996 and is headquartered in Indianapolis, Indiana.

Find out when $RJETQ reaches critical levels. Subscribe to OracleDispatch.com Right Now by entering your Email in the box below.

As noted above, the recent move appears to be largely a consequence of the nasty report for operations ended Sept 30. The company’s 10-Q is very revealing. For example. operating revenues decreased $53.6 million, or 15.7%, during the third quarter of 2016 to $286.9 million. Fixed-fee service revenue decreased $50.9 million, or 15.2%, to $283.1 million primarily due to a decrease in block hours and aircraft removed from revenue service from the wind-down of Q400 and E145 operations, offset by increase in rates for the Company’s amended contracts with the company’s Partners.

Wages and benefits expenses increased 10.8%, or $10.0 million, primarily due to an increase in expense related to the ratification of the pilot contract, coupled with an increase in cost of benefits we provide to the company’s employees. The Company expects wages and benefits expense to continue to increase through the end of 2016 as a result of the new collective bargaining agreement which was implemented in the fourth quarter of 2015, coupled with the retention bonus of $14.0 million expected to be paid in November 2016.

Landing fees and airport rent expense decreased 100.0%, or $6.6 million, due to changes in pass-through arrangements with the company’s Partners, which became effective in the second quarter of 2016. The Company no longer incurs landing fees and airport rents as a pass-through charge. Such amounts are incurred and paid directly by the company’s Partners. Aircraft and engine rent expense decreased 88.5%, or $ 28.5 million, due primarily to the Company’s continued rejection of certain aircraft and fleet reduction through the bankruptcy process, coupled with the wind-down of the company’s E145 and Q400 operations year over year. Maintenance and repair expense decreased 28.0%, or $20.0 million, related to the Company’s continual fleet reduction and removal of Q400, E190 and E145 fleets from passenger service. The effect of the fleet reduction is additionally combined with ongoing aircraft and executory lease rejections, which took place as part of the ongoing Chapter 11 Bankruptcy proceedings.

Other expenses decreased 27.6%, or $12.9 million, primarily due to a decrease in fleet transition costs, the company’s overall decrease in operations and a reduction in legal and consulting fees, that were incurred in the prior year period in connection with the renegotiation of the pilot union agreement. During the three months ended September 30, 2016, fleet transition, legal and consulting fees have been separately stated as reorganization items given the company’s status as a Chapter 11 Debtor under the Bankruptcy Code.

Charges to reorganization items, net, of $485.4 million for the third quarter of 2016 are primarily from estimated claims associated with restructuring the American capacity purchase agreement, certain aircraft rejections and professional fees incurred from the company’s bankruptcy advisers.

Momentum has shifted since we last looked at Republic Airways. Earning a current market cap value of $33.1M, RJETQ has an interesting situation at present. The company’s inability to offset all of the extreme costs of operating in its current state suggest we will be seeing troubled waters ahead. However, the longer-term fate will likely have far more to do with its partnership negotiations, which may ultimately bail the whole situation out remarkably nicely. This is not a simple case for either the bulls or the bears and we would tread very carefully or not at all until more details from negotiations are made public. For continuing coverage on shares of $RJETQ stock, as well as our other hot stock picks, sign up for our free newsletter today and get our next hot stock pick!