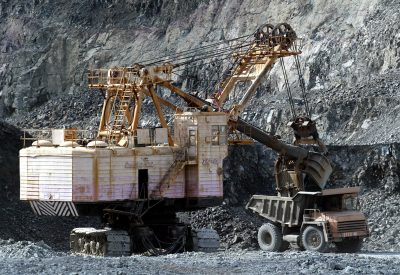 IVANHOE MINES LTD COM NPV CL’A’ (OTCMKTS:IVPAF) is a penny stock in the metals space that has clearly been one of the real winners over the past 18 months on the OTC. And yet, most traders don’t seem to know too much about this stock. Consider this: Since January 2016, IVPAF shares have advanced over 750%. This is a company highly tethered to the industrial metals space. And this is a period almost principally defined by a commodities bear market. Yet, this stock has continued to perform impressively.

Recently, the company announced a National Instrument 43-101 (NI 43-101) technical report on the updated Mineral Resource estimate for the high-grade Kakula Copper Discovery at the Kamoa-Kakula Project in the Democratic Republic of Congo (DRC). According to the release, the Kamoa-Kakula Project is a joint venture between Ivanhoe Mines, Zijin Mining and the DRC government.

IVANHOE MINES LTD COM NPV CL’A’ (OTCMKTS:IVPAF) bills itself as a company that engages in the exploration, development, and recovery of minerals and precious gems located primarily in Africa.

The company explores for platinum, palladium, nickel, copper, gold, rhodium, zinc, germanium, and lead deposits. Its principal projects include the Platreef project located in the Northern Limb of South Africa’s Bushveld Complex; Kamoa-Kakula project located within the Central African Copperbelt in the Democratic Republic of Congo (DRC); and the Kipushi project located on the DRC’s Copperbelt.

According to company materials, “Ivanhoe Mines is advancing its three principal projects in Sub-Saharan Africa: 1) Mine development at the Platreef platinum-palladium-gold-nickel-copper discovery on the Northern Limb of South Africa’s Bushveld Complex; 2) mine development and exploration at the Kamoa-Kakula Copper Project on the Central African Copperbelt in the DRC; and 3) upgrading at the historic, high-grade Kipushi zinc-copper-lead-germanium mine, also on the DRC’s Copperbelt.”

Find out when $IVPAF stock reaches critical levels. Subscribe to OracleDispatch.com Right Now by entering your Email in the box below.

As noted above, the company just released an NI 43-101 technical report on the updated Mineral Resource estimate for the high-grade Kakula Copper Discovery at the Kamoa-Kakula Project in the Democratic Republic of Congo (DRC). The company’s involvement here raises a host of considerations, both bullish and bearish.

In the first place, copper has been outperforming most global assets since the election of Donald Trump, which put a major US infrastructure stimulus program on the map. Since then, we have seen similar announcements from the EU and China, as well as, more recently, India. That would put the world in a situation in anticipation of major infrastructure spending by the four biggest economic zones on the planet, simultaneously. One cannot imagine a better situation for copper.

However, at the same time, exposure to a mining operation in a highly suspect governmental state like the DRC is problematic. One of the most important factors for any mining operation is the ability to control for local governmental factors. The DRC, in particular, has a history of being very unpredictable in this manner. One can imagine, for example, if the mine becomes too profitable, it being nationalized and overtaken by force majeure.

In any case, the action in the stock has been extremely favorable in an environment that has recently been difficult for other names in the same space. That’s relative strength, and is always an important signal to keep something on the radar.

Recent action has seen 9% during the past month in terms of shareholder gains in the listing. Market participants may want to pay attention to this stock. IVPAF has a track record that includes a number of dramatic bounces. Moreover, the name has registered increased average transaction volume recently, with the past month seeing 7% beyond what we have been seeing over the larger time frame.

Currently trading at a market capitalization of $2.69B, IVPAF has a mountain of cash ($291M) on the books, which must be weighed against a relative molehill (about $14M) in total current liabilities. The company is pre-revenue at this point. We will update the story again soon as developments transpire. For continuing coverage on shares of $IVPAF stock, as well as our other hot stock picks, sign up for our free newsletter today and get our next hot stock pick!

Disclosure: we hold no position in $IVPAF, either long or short, and we have not been compensated for this article.