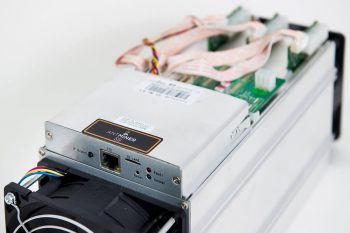 BITCOIN SERVICES I (OTCMKTS:BTSC) has become a better and better proxy play on the phenomenon that is the Bitcoin bull market over the past two months. Most likely, this is primarily an artifact of a deepening search on the part of investors to arbitrage all available assets into the fold where there exists any relevant conceptual ties. Given that the company is actively a miner of coins, it’s not hard to see how shares would be swept up in the mania. But how far might this mania be set to go?
One interesting perspective is offered by a recent survey conducted by LendEDU of those actively involved in trading and investing in Bitcoin. Among other conclusions, the survey certain may cast cold water on those assuming most in the Bitcoin marketplace are fickle, short-term minded speculators. In fact, if the results of the survey are to be remotely trusted, nothing could be further from the truth, as we cover below.
BITCOIN SERVICES I COM USD0.001 (OTCMKTS:BTSC) bills itself as a company engaged in the mining of Bitcoin as well as Blockchain software development. Bitcoin mining is the process by which transactions are verified and added to the public ledger, known as the blockchain, and also the means through which new Bitcoins are released.
According to BTSC press materials, “Our business operations are Internet based to the consumer and consist of two separate streams, as follows: (1) bitcoin mining, and (2) blockchain software development. The principal products and services are the mining of bitcoins, and the development and sale of blockchain software. The market for these services and products is worldwide, and sold and marketed on the Internet.”
BTSC is focused on bitcoin mining which is legal and is accomplished by running SHA256 double round hash verification processes in order to validate Bitcoin transactions and provide the requisite security for the public ledger of the Bitcoin network. The speed at which you mine Bitcoins is measured in hashes per second. The Bitcoin network compensates Bitcoin miners for their effort by releasing bitcoin to those who contribute the needed computational power. This comes in the form of both newly issued bitcoins and from the transaction fees included in the transactions validated when mining bitcoins.
Find out when $BTSC stock reaches critical levels. Subscribe to OracleDispatch.com Right Now by entering your Email in the box below.

As noted above, since BTSC has begun to work, at least reasonably well, as a proxy bet for the Bitcoin market, the recent LendEDU survey of Bitcoin traders and investors may shed some light on the future for BTSC shares.
Perhaps the most striking conclusion was given thusly by the report: “we asked our respondents, ‘At what price would you be willing to sell all of your Bitcoin investment?’ We found that the average Bitcoin investor would be willing to sell all of his or her Bitcoin investment at a price per Bitcoin of $196,165.78, roughly 30x the current price of Bitcoin. .. Based on the previous responses in our survey, a large portion of our group of Bitcoin investors are leaning towards the long-term potential of holding onto their investment.”
More on the question of timeframe was also given in the survey by another section: “The plurality of respondents, 39.54 percent, are planning to hold their Bitcoin investments for 1 to 3 years. We thought it was interesting that 16.49% of Bitcoin investors are planning to hold their investment for less than 1 year. This data is clear in showing that a significant number of investors are in it for the short-term. On the flip side, we found that over 21 percent of Bitcoin investors are planning to hold their investments for over seven years, with 11.70 percent of those planning to hang onto their Bitcoin for over 10 years.”
Hence, if we are to assume any relevance and validity to this data, the market for Bitcoin is controlled at the moment by strong hands that won’t go running for the hills when the momentum dies down in this trend. They are in for the long haul and will likely keep off the offer side of the market as the price rises, raising the potential for even more of a dramatic melt up on the tape.
Earning a current market cap value of $65M, BTSC has virtually no cash on the books, which is balanced by virtually no total current liabilities. The company is pre-revenue at this point. You can bet we will update this one again as new information comes into view. Sign-up for continuing coverage on shares of $BTSC stock, as well as other hot stock picks, get our free newsletter today and get our next breakout pick!
Disclosure: we hold no position in $BTSC, either long or short, and we have not been compensated for this article.