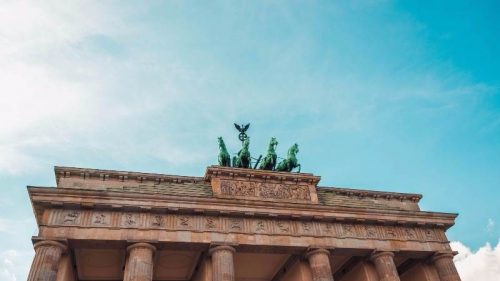 Dolat Ventures Inc (OTCMKTS:DOLV) is a stock we nailed dead to rights earlier this year, when we put out a report suggesting that the company was being taken over by a Chinese electric vehicle battery supply company. That story turned out to be accurate, as the company later hit the wires with a press release revealing exactly that move. Now, we are seeing the market really come to terms with this move, as Dolat Ventures has exploded higher once again upon seeing news that the deal is definitely for real, and the stock is changing its ticker to reflect the new identity. The new ticker is “JBZY”.
According to the release, “the control of the Company was acquired by Mr. Wang DeQun on January 11, 2017 pursuant to an agreement that was entered into on December 2, 2016. On that date Mr. Wang acquired 300,000 shares of the Company’s Class C Preferred Stock which is convertible into 750,000,000 shares of the Company’s common stock and carries an equal number of votes.”
Dolat Ventures Inc (OTCMKTS:DOLV) now casts itself as an electric vehicle company. That represents a space in the market that clearly carries some “buzz” status at this point, which likely forces some premium into shares in its own right.
That said, there isn’t a whole lot more we can say for sure about the new DOLV given that we don’t have filed financial reports on JB&ZJMY Holding Company, Inc. Founded in March of 2015, Ji Ming Yang focuses on the development of batteries for “New Energy Vehicles”.
According to company materials, “Founded in March of 2015, Ji Ming Yang focuses on the development of batteries for New Energy Vehicles.  The company possesses a number of patents seeking to enhance and extend battery life while also reducing operating costs.  The Company seeks to commercialize solutions to the problems faced by all vehicle battery manufactures, such as shortage of battery life, expensive materials, and charging station issues.”
Find out when $DOLV stock reaches critical levels. Subscribe to OracleDispatch.com Right Now by entering your Email in the box below.

As noted above, shares of DOLV will no longer be “shares of DOLV”. They are in fact now shares of JBZY.
According to the release, “On January 11, 2017, the filing date of the Company’s Amendment to its Certificate of Incorporation authorizing the preferred stock, the Company’s Board of Directors also authorized the acquisition all of the issued and outstanding shares of Ji Ming Yang Amperex Technology Limited (Ji Ming Yang), a Chinese corporation in exchange for one hundred thousand Class D Preferred Stock convertible into 100,000,000 shares of the Company’s common stock which also carries an equal number of votes. The name change which was subject to a lengthy FINRA review l process allows the  Company to  reflect the new business combination by changing its name to JB&ZJMY Holding Company, Inc. and seeking a new symbol. This acquisition was closed on April 4, 2017 with the delivery of the Class D Preferred Stock to Mr. Wang DeQun.”
The release goes on to state that, on October 20, 2017 FINRA approved the ticker change. Wednesday’s action sees the change take effect. The stock has been bolting higher, we assume because of a sense of closure and confirmation of the theme for anyone who somehow still thought this was a fiction being perpetrated by old longs.
We’ve witnessed approaching 250% tacked on to share pricing for the company in the past month. The situation may be worth watching. DOLV has a track record that includes a number of dramatic bounces. Furthermore, the stock has witnessed a pop in interest, as transaction volume levels have recently pushed 250% above the average volume levels in play in this stock over the longer term.
Earning a current market cap value of $92.5M, Dolat Ventures has a stash ($198K) of cash on the books, which stands against virtually no total current liabilities. DOLV is pulling in trailing 12-month revenues of $337K. However, the company is seeing recent stalling on the top-line on a sequential quarterly basis, with revenues flat during its latest reporting period. This is an exciting story, and we look forward to a follow-up chapter as events transpire. Sign-up for continuing coverage on shares of $DOLV stock, as well as other hot stock picks, get our free newsletter today and get our next breakout pick!
Disclosure: we hold no position in $DOLV, either long or short, and we have not been compensated for this article.