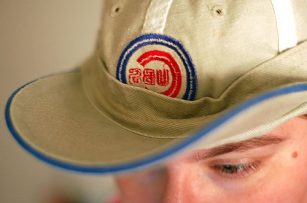 Provectus Biopharmaceuticals Inc (OTCMKTS:PVCT) shares started a rally in February from .02 cents a share and climbed to nearly .06 cents by the end of March.  This was all done on increasing volume, and this week they retested this .06 cent high.  A look at the PVCT chart below reflects many of the changes the company made to shore up leadership roles at the company.

The company is a clinical-stage oncology and dermatology biopharmaceutical company and they announced the reestablishment of the Company’s Strategic Advisory Board. The SAB will comprise business, medical, clinical, and biopharmaceutical industry experience elements. Initial SAB appointees are John W. ‘Jack’ Lacey III, M.D., and Ed Pershing as SAB Chairman.

Provectus Biopharmaceuticals Inc (OTCMKTS:PVCT) also announced Mr. Pershing was appointed an observer of the Company’s board of directors, and Bruce Horowitz was retained as Provectus’ chief operations consultant. Dominic Rodrigues, Chairman of the Board of Provectus, said, “Provectus is extremely fortunate to gain the involvement of Dr. Lacey, who is widely recognized as having left a profound and lasting legacy at University of Tennessee Medical Center, as a physician, a chief medical officer, a business executive, and a team and community leader.”

You can now find out when $PVCT stock reaches critical levels. Subscribe to OracleDispatch.com Right Now by entering your Email in the box below.

Mr. Pershing has co-founded multiple professional services firms specializing in healthcare related matters. His healthcare experience and expertise includes turnaround/performance improvement initiatives, long-range planning studies, development of numerous hospital and medical office projects, restructuring of healthcare organizations, liaison between boards of directors and management in crafting corporate visions and strategies, mergers, acquisitions, divestitures, and leasing arrangements. Mr. Pershing also has served as an expert witness on healthcare industry matters and in several Certificate of Need appeals, and represented healthcare organizations before regulatory agencies.  He graduated from the University of Tennessee with a Bachelor of Science in Accounting.  Mr. Pershing is a Certified Professional Accountant.

Mr. Rodrigues added, “Ed brings impeccable integrity and accountability across the country back to the Company.  We owe it to patients around the world, their family and friends, and their physicians to finish the Company’s development work, and enable them to share in and own this legacy of outcome.”

As chief operations consultant to Provectus, Mr. Horowitz’s responsibilities will include overseeing company operations and the work of executives, managers, and staff members; prioritizing and continuing the Company’s search for a Chief Medical Officer and a new Chief Executive Officer; assisting in fundraising activities; and, managing certain partner and vendor relationships.

The company did some important balance sheet shoring up also with the entry into definitive agreements related to the previously announced Definitive Financing Commitment Term Sheet it entered into on March 19 with a group of the Company’s stockholders. Bruce Horowitz and Dominic Rodrigues were appointed as new Board members, and Mr. Rodrigues was elected as new Board Chairman. Eric Wachter, Ph.D. and Jan Koe will remain as Board members. The Board also decreased the number of directors from five to four and will operate with four directors until such time as the third PRH Group-nominated director is appointed. Three former members of Provectus’ board of directors, Kelly McMasters, M.D., Tim Scott, Ph.D., and Alfred E. Smith IV, resigned upon the PRH Group’s funding into escrow of its first financing tranche of $2.5 million and upon the draw-down by Provectus of the remainder of the $2.5 million investment commitment from Dr. Wachter, co-founder and Chief Technology Officer.

Provectus also has adopted the basic tenets of the PRH Group’s fundamental strategy for the Company: change the direction and control of the board of directors, complete a tranche-based capital formation program, and fortify the management team to support the clinical development program as well as business and corporate development opportunities.

Dominic Rodrigues said, “Our new board of directors thanks the Company’s former board members for their time, effort, and service. They worked collaboratively with the new directors and others to execute the new business plan of Provectus, focusing on the goals of maximizing shareholder value, maintaining the continuity of the Company’s mission, and strengthening the management team.”

The shares in PVCT have been going in the right direction in 2017 maintaining its near 200% rally, it will be the job of this new team to run the business properly and maintain order as a public company, we are watching this Biotech closely as they venture out as a pivoted team.

One metric to watch will be the stock making a new high on greater volume, smaller stocks need close attention when they pivot and seek operational traction. For continuing coverage on shares of $PVCT stock, as well as our other hot stock picks, sign up for our free newsletter today and get our next hot stock pick!