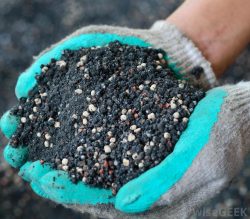 Quantumsphere Inc (OTCMKTS:QSIM) is a materials and engineering play with a long private history of R&D and investment toward a new type of nano-catalyst for ammonia production. The stock has been down a mountain of pain over the past 18 months on debt conversions, but has begun to show some interesting signs in the past few weeks. Since the company recently issued a business and corporate update to its shareholders that carried some interesting perspective around the same time, we thought it was a worthwhile exercise to take a closer look.

A quick precis to typify the company might be found in a passage such as: “After 14 years of research and development, more than $35 million of invested capital…, QuantumSphere believes all of the hard work will result in commercialization” – someday. Given that narrative – the long-suffering “great idea” that’s always just a little bit short of perfect, and even less short of marketable, but always just about to get there if only there were a few more dollars coming in – it’s not surprising to see a balance sheet sans cash and loaded with debt. That said, there’s actually a lot here to like once you come to terms with the outline of the situation.

Quantumsphere Inc (OTCMKTS:QSIM) trumpets itself as a company that has developed a high-performance catalyst technology which can significantly improve process efficiency and production output, resulting in greater revenue and profits for chemical plant operators.

QSI’s patented process and superior catalyst enhancement technology offer a value proposition that could be worth billions to chemical plant owners and operators, globally. QSI’s high surface area nano iron catalyst, product name: FeNIX, is designed for the $100 billion USD ammonia production industry. FeNIX, applied as a coating to standard commercial catalyst, delivers higher activity and overall conversion efficiency, which can increase ammonia plant output by 10-15% and decrease operating costs by allowing the plant to operate at lower temperatures and pressures. QSIM has engaged in strategic programs with a number of industry-leading corporations including Casale, and multiple top chemicals/catalysts producers around the globe. In 2015, QSI and partners validated FeNIX in a production-scale ammonia plant in China by delivering a 10-15% increase in production output.

This important commercial validation is anticipated to help drive Western validations and early technology adoption and revenues for QSI. QSI’s lead chemical sector focus is the $100 billion USD ammonia market which offers several hundred million dollars of total available market to QSIM. More than 82% of all ammonia produced globally is used to make fertilizer to grow food more efficiently. Ammonia is one of the most critical chemicals produced for global food supply and is responsible for providing up to 50% of the protein consumed by humans.

Production of ammonia consumes nearly 2% of the world’s energy and is responsible for more than 5% of global natural gas consumption each year. QSI has also leveraged its intellectual property to develop advanced, high-efficiency catalysts for other key chemical markets, such as olefins and methanol ($300 billion USD and $50 billion USD markets, respectively) which are expected to follow FeNIX to commercialization.

Find out when $QSIM Stock reaches critical levels. Subscribe to OracleDispatch.com Right Now by entering your Email in the box below.

For example, QuantumSphere noted that it continues to operate its pilot manufacturing facility in Santa Ana, CA and, although the sales process has taken longer than expected, the Company is still active with its partner, Casale, S.A., in pursuing an ammonia plant operator as a customer.

In addition, QSIM reports now being in the initial commercialization phase with its partner Casale in addressing the market opportunity within the $100 billion annual ammonia market. Per its commercialization agreement, Casale is responsible for the sales and marketing efforts of FeNIX to its existing and prospective customers.

The optimist framing of last year’s events is also a running theme: “2016 was a milestone year for QuantumSphere, as it was issued a key ammonia patent in March 2016 and executed a 10-year commercialization agreement with Casale also in March 2016. The U.S. Patent and Trademark Office issued a key patent related to its advanced FeNIX nanocatalyst accelerator technology. The patent covers claims around the application of iron nanocatalysts, applied as a coating onto existing commercial ammonia catalysts, for increased catalytic activity and production efficiency in ammonia synthesis. As of today, QuantumSphere has 10 issued patents.”

We would suggest keeping an eye on this stock.

Recent action is quite interesting, as noted above. QuantumSphere has started to really see interest climb following this corporate update, with an increase in recent trading volume of 750% over the long run average. Note that the float on the stock is — under 148M shares. As we generally note, when volume of transactions picks way up in a stock with a float this small, the result can be a supply shock and some real fireworks as that supply is squeezed. For continuing coverage on shares of $QSIM stock, as well as our other hot stock picks, sign up for our free newsletter today and get our next hot stock pick!